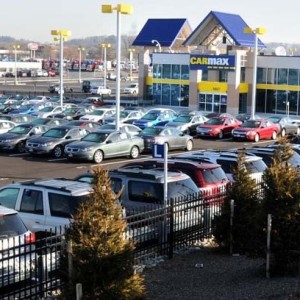 If you are among millions of car shoppers each year – seven out of every 10 – who buy a used vehicle from a franchised dealer, Edmunds.com has good news.

“Used car prices have hit their lowest levels in four years,” according to Edmunds.com, the car shopping and automotive information website, in its Used Car Market Quarterly Report last week. “The data suggests that the used car market is finally softening after years of notoriously elevated prices.”

The news is important because approximately 70 percent of American shoppers purchase used cars.

About 37 million used cars will have been purchased from franchised dealers by the end of 2013, according to data compiled by Edmunds.com, compared to just over 15 million new cars. Another 13 million “previously owned” vehicles are purchased from non-franchised used car lots or in private sales, based on a report by Paul Elsenstein of NBC News’ Detroit bureau.

The price drop is being driven largely by higher post-recession, new-car sales resulting in more trade-ins.

“Used car prices will likely continue to decline in the coming months simply because there will be more of these vehicles sitting on dealer lots,” said Joe Spina, Edmunds.com director of used car analysis, in a news release announcing the Used Car Market Quarterly Report.

“The used-car market, in terms of pricing, is poised for further softening,” said Tom Kontos of ADESA Analytical Services in a report by Chris Woodyard of USAToday.

NADA expects that used prices will fall by an average of about 1.9 percent over the next two months.

“Shoppers looking to score the best deal on a used car may want to consider brands such as Volvo, GMC and Chevrolet; vehicles produced by those three automakers sat on used dealer lots longer than any other brand in the third quarter,” according to Edmunds.com.

“At the other end of the spectrum, Japanese brands such as Honda, Toyota and Lexus were in the most demand in the third quarter – and therefore likely carried the most elevated prices.”

While softer prices are a good sign for used car buyers, Edmunds.com pointed out that prices still are relatively higher than they were before the recession. Average used car prices crossed the $15,000 threshold for the first time at the end of 2009, and have remained above that level ever since. At their peak, used car prices averaged $16,473 in the second quarter of 2011.