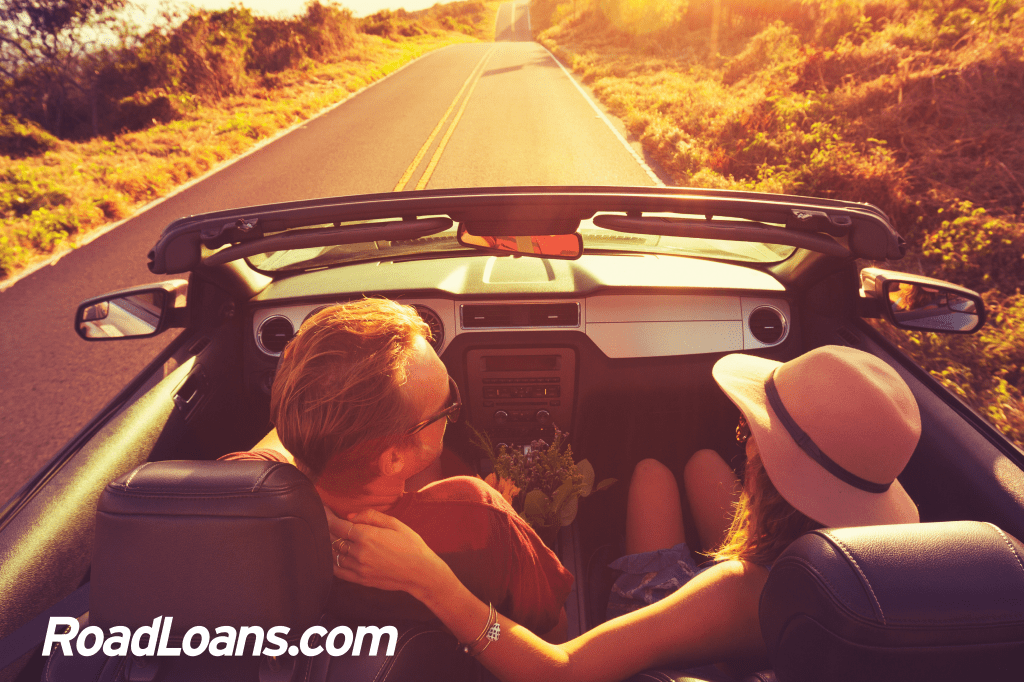 Like many folks, we have plans to hit the highway this summer for a few road trips. Which means in addition to packing enough snacks, water and soft drinks to keep us replenished, we’re going to need a good mix of songs to accompany the journey. And though the technology for making a road trip list of tunes has changed — what used to be created using LPs recorded onto cassettes, now is made in mere minutes with an iTunes or Spotify playlist — the fun of pulling from a wealth of material to create the perfect mix remains.

Billboard’s heavyweight list of top 30 summer songs got us to thinking, and while a few made our summer mix, our own personal taste prevailed for some alternatives for open-road jamming.

Our melting pot of tunes for this season, like all good mixes, features a wide variety. On this session we picked from songs (or bands) with “summer” in the name. Songs that can be upbeat or mellow. Classics and brand new. A combination of guilty pleasures, mellow jams, and indie rock. Again, a little bit of everything.

What will be at the top of your road trip playlist this summer?

Let us know on Facebook and Twitter (click to Tweet now!), and your recommendation could be included in our next collection of summer road trip tracks. (UPDATE: Our social media followers have spoken and the result is Another Awesome Summer Road Trip Playlist! Check it out!)

Check out this playlist on Spotify.

1. “Heaven” The Walkmen – The title track from this group’s 2012 album has a great groove geared toward hitting the road either for a lengthy road trip or just cruising around town.

2. “Bubble Toes” Jack Johnson – Johnson’s combination of acoustic-backed songs and surf sensibilities set up for a smooth ride into summer. This, a single from his 2001 debut album, is a prime example.

3. “Dog Days Are Over” Florence + the Machine – Florence Welch and her bandmates have gone from playing small clubs to large arenas since forming in London in 2007. This epic song, with its slow build and positive lyrics, is perfect for playing while putting miles behind on the open road.

4. “Brown Eyed Girl” Van Morrison – Originally released in 1967 following the Summer of Love, it’s fitting to include in a best of summer road trip songs playlist.

5. “Boyfriend” Best Coast – The debut album by this duo was full of summery, beachy vibes and this, the first single, is the perfect way to cruise through summer.

6. “Surfin’ Safari” The Beach Boys – A list of summer songs can’t be complete without at least one number by the group that had so many fun-in-the-sun defining hits.

8. “Diamonds on the Inside” Ben Harper – Harper’s music infuses folk, blues, rock, soul, reggae, you name it. It all equates to a great soundtrack for heading out on the road this summer – see this song.

9. “Semi-Charmed Life” Third Eye Blind – This 1990s-formed band has had a resurgence lately with summer tour dates on the books, including Lollapalooza in July. This is the song that started it all and still revs the engines for sing-along, upbeat road trip songs.

10. “Summertime” The Sundays – When Harriet Wheeler sings “’Cause it’s you and me in the summertime, we’ll be hand in hand down in the park,” it paints a gleeful picture of the season. If you haven’t heard of this alternative English band, popular in the 1990s, then their music is worth getting caught up on. Try it on your next road trip.

11. “One Love/People Get Ready” Bob Marley and the Wailers – As fans of Marley’s music know, the majority of songs from this reggae legend can transport the listener to a warmer clime within the first notes. Put the compilation album “Legend,” where this song can be found, on repeat and drift away.

12. “Cruel Summer” Bananarama – Though the song’s lyrics reflect on the darker side of summer (the HEAT), the 1980s-era keyboards, guitar and electro-drums keep this song breezing along during a car journey.

13. “Knee Deep” Zac Brown Band – The ZBB is accomplished at creating feel-good songs perfect for warm weather road tripping. The bonus guest vocals by Jimmy Buffett put this one among the top songs of the summer.

14. “Summer Skin” Death Cab for Cutie – With “summer” in the title, this one lands on the list, but it’s Ben Gibbard’s emotive lyrics, rat-a-tat snare drum and bassline that make this a must-have for summer playlists.

15. “All Summer Long” Kid Rock – The Detroit-based Kid was raised on rock-and-roll and it shows in this 2007 smash that mixes in “Sweet Home Alabama” and “Werewolves of London” riffs for a road trip song worthy of a sunny sojourn.

16. “Walking on Sunshine” Katrina and the Waves – There’s a reason Jack Black’s character in “High Fidelity” opens up a Monday morning mix tape with this one-hit wonder. Also works for opening a summer road trip playlist.

17. “Roscoe” by Midlake – Who ever heard of a hit song with the word “stonecutters” in it? Well, Midlake did it. Through intricate guitar work and the driving rhythm section, Midlake created a song as perfect for a quiet night at home as it is blasting in your car and pushing you down the highway.

19. “California Gurls” Katy Perry featuring Snoop Dogg – Perry’s perfection of pop makes this song, and really most of the stuff she does, perfect for cranking up the volume while rolling down the highway.

20. “California Girls” The Beach Boys – Another classic by the boys who defined the beach sound, this one heats up a harmonious take on the Golden State.

21. “Yellow” Coldplay – This UK-formed quartet has come a long way, and had numerous hits, since releasing this colorful song off their first album (Parachutes, 2000). But there’s something about “Yellow” that just says “open road.” “Look at the stars, look how they shine for you.”

22. “Soak Up the Sun” Sheryl Crow – This warm-weather anthem of 2002 still holds up in 2016 as the perfect musical accompaniment to cruising through summer.

23. “One Particular Harbour” Jimmy Buffett – Fins up for this one. Jimmy Buffett is one of those artists, like Marley and Kenny Chesney, whose music brings about good vibes and sparks sing-alongs to any summer road trip.

24. “Holiday” Vampire Weekend – A happy, upbeat number that gets you in the mood for summer vacation thanks to this quartet formed while attending Columbia University.

25. “Rolling in the Deep” Adele – Adele’s star has risen to new heights this year with her third album, but this song off her second release, “21”, speaks of a relationship that, “could have had it all, rolling in the deep.”

26. “You Gotta Believe” The Rocket Summer – Again, the band’s name begs for inclusion in this list, but this upbeat number comes with a feel-good vibe that is mood enhancing. Watch your speed when this jam comes on.

27. “When I Was Young” Nada Surf – With “surf” in the moniker, this group was a given to land on the list, and many tunes in their catalog could work as great summer road trip songs. This acoustic-infused ballad is a good one for cruising along a coast and reflecting.

28. “Back Down South” Kings of Leon – The cover image of the album this track comes from – 2010’s “Come Around Sundown” – features two palm trees on an island surrounded by water and backlit by the sun. The perfect visual to sum up a vacation getaway and this song helps audibly take you there.

29. “Summer Babe (Winter Version)” Pavement – A breezy, distorted guitar jam with the quirkiness one expects from this seminal indie rock band circa 1992.

30. “The Great Salt Lake” Band of Horses – Another group with a new record out this summer, this song from BoH’s 2006 debut is an ode to adventures waiting to be had by heading to your favorite body of water.

31. “Sunrise” Norah Jones – This mellow number from Ms. Jones’ 2004 debut works great for watching the sunrise (or set) and reveling in the beauty of Mother Nature.

32. “Begin the Begin” R.E.M. – The opening track from the 1986 classic album “Lifes Rich Pageant” when placed as an opening song for a road trip playlist kick-starts the journey with the perfect jangle.

33. “Big Bad Wolf” by Jessie Frye – Loud guitars. Pounding drums. Powerful vocals. Some songs are made to blast out loud while you and your friends sit at the pool all day. (Just make sure you check out all her other songs, too!)

34. “Road Trippin’” Red Hot Chili Peppers – Hailing from California, the Peppers have warm-weather, beach vibes in their blood and in their songs. Many of their tunes could make this list, but this one was chosen for its nod to the road trip and lyrics such as “fully loaded we’ve got snacks and supplies.” Look for the group’s new album dropping this summer.

35. “Wonderwall” Oasis – Possibly the biggest song to come out of the band of Gallagher brothers, the acoustic guitar and catchy chorus keep this classic relevant for today’s car cruising.

36. “Can’t Stop the Feeling!” Justin Timberlake – Roll the windows down and turn it up for this tune by JT who, let’s face it, has the Midas touch for road-ready tunes.

37. “Cake by the Ocean” DNCE – An instant earworm, this toe-tapping number will get in your head and have you signing along … all summer long.

38. “First” Cold War Kids – This could have been a song for the summer in 2014 when it was first released on the album “Hold My Home.” Though it may have taken two years, the song has caught on in popularity and cuts across several radio formats emerging as a cool road jam.

Check out our follow-up Road Trip Playlist to see what songs were chosen by our followers on Facebook and Twitter.