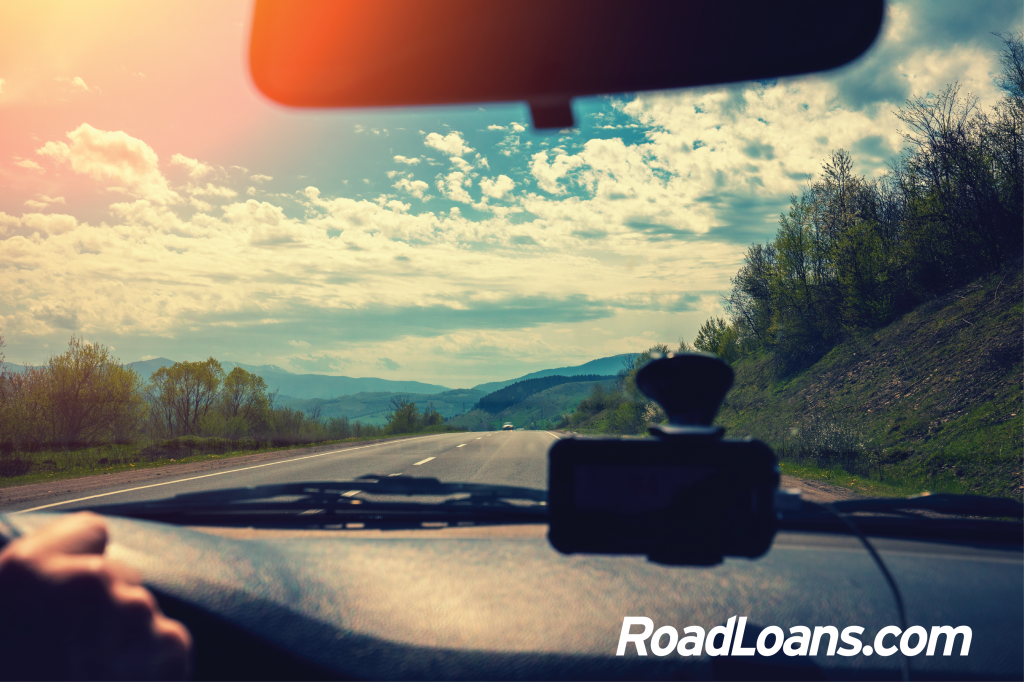 We asked and you answered … thank you!

Last month we released our playlist of the best summer road trip songs. Included in the article was a chance for readers to submit their favorite songs to crank up when hitting the highway on summer road trips. And there were some great ones!

We compiled a new list, including ones we may have missed the first time along, and a selection of your recommendations that were sent via Twitter and Facebook, to create Another Awesome RoadLoans Summer Road Trip Playlist. You can listen to the playlist via Spotify.

Check out this playlist on Spotify.

While Queen Bey released her sixth studio album, “Lemonade,” earlier this year, and fans found it the perfect start to finish for a summer road trip, this hit from 2003 still gets a trip started off on the right note. “ALL DAY EVERYDAY, #Beyonce! Songs from her new album are in my playlist! Makes the #roadtrip go by faster 🎶🚘” from @DCC_HollyP via Twitter.

Some of the biggest names in country joined forces and the result is the perfect addition to a summer road trip playlist. “@RoadLoans highway don’t care – #TimMcGraw and @taylorswift13” from @heatherrrrz via Twitter.

“There’s a paradise waiting for us in summertime,” backed by a great groove from this Philly-formed band, says it all. 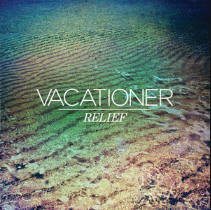 This song about driving a stretch of road across Georgia has a way of simultaneously choking us up and putting us in the mood to cruise. “@RoadLoans Anything @zacbrownband makes my playlist for a #roadtrip! 👏🏼😍🎤🚙 #CarKaraoke #TheresAReasonIDance” from @DCC_Melissa via Twitter.

A classic duet from 1967 does indeed take one back to past road trips and could make for a nostalgic soundtrack to cruising Route 66. “@RoadLoans Ain’t No Mountain High Enough by Marvin Gaye #throwback #roadtrip” from @bobbie_lauren via Twitter.

6. “The Boys of Summer” Don Henley

This song is one of those that puts you in the perfect frame of mind for a road trip with the windows, or convertible top, down. A good one to start out a playlist. 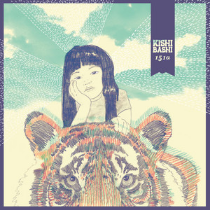 TP has a ton of great road songs (“Runnin’ Down a Dream” anyone?), including this suggestion via Twitter from @kipjmooney. “@nffcnnr @RoadLoans @MidlakeBand @jessiefrye Tom Petty’s ‘American Girl’ always and forever.”

Plenty of soul, a horn section and a killer bass in the mix make this tune from the seven-piece act from Brooklyn a must-have on this list. 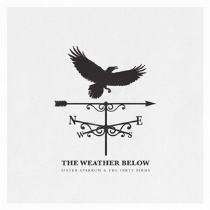 “Windows down/country sound/FM on the radio” is how this country singer, and really a lot of us, describe a perfect way to cruise the highways. “‘Make Me Wanna’ by @ThomasRhett is my all time fave rn” from @DCC_Simone via Twitter.

"Make Me Wanna" by @ThomasRhett is my all time fave rn, and "Sunshine and Whiskey" by @FrankieBallard ☀🚗 https://t.co/BlfviWoOyH

Whether performing live solo or collaborating in the studio, Mars has proven himself as multi-talented, and this song from Ronson’s 2015 album “Uptown Special” inspired many road trips and viral videos. “@RoadLoans I know it’s a little old, but ‘Uptown Funk’ keeps the head bobbin in the car” from @laquendam on Twitter.

@RoadLoans I know it's a little old, but Uptown Funk keeps the head bobbin in the car. pic.twitter.com/iTEVLTfr9X

Adding a little electronic to the mix, this one from Las Vegas singer-songwriter Shamir Bailey was released in 2015, but sounds influenced by the 1980s. 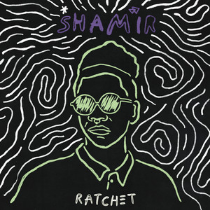 It’s hard to deny the quality of this country duo’s harmonies and catchy choruses, and this song about getting out of town and “summertime living” captures the essence of this playlist in three and a half minutes. “@RoadLoans anything off #obsessed by @DanAndShay” from @Ellecee711 via Twitter.

@RoadLoans anything off #obsessed by @DanAndShay

File this under the category of “oldie, but a goodie” as this track circa-1982 still works on all levels of summer road trip song. “Every road trip playlist I’ve ever made has had ‘I Melt With You’ by Modern English in it .@RoadLoans” from @yungtsai via Twitter.

All four tracks on the new EP from this Nashville-based country artist fit well on our latest travel-specific playlist, but if we have to pick one, we’ll go with the title track. “@RoadLoans Midnight Bandits by @Alex_Stern_” from @TayStern via Twitter. 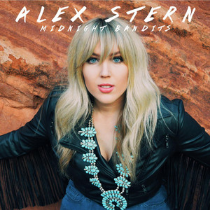 Austin, Texas-based Kweller is a good representation of today’s singer-songwriter and this single from his self-titled 2006 album − where he performs all the instruments − is just a taste of his extensive body of work. “@roadloans: @benkweller = a must for any road trip! To pick just one song, let’s go with ‘Penny On the Train Track’” from @Robert_Penn via Twitter.

This song from the Americana duo’s debut “Pawn Shop” sums up the feelings you can get when reminiscing about summer love. “@RoadLoans 21 Summer by Brothers Osborne is a cool tune” from @VocalHoney via Twitter.

@RoadLoans "21 Summer" by Brothers Osborne is a cool tune.

Another classic to add to the list for road trips, with a driving drum beat and catchy chorus, this 1976 smash reached No. 5 on the Billboard charts. Suggested by Alesia Gallego Brand via Facebook.

With lyrics like “Baby let’s just take a drive/It’s already getting late/Let’s go kiss the sundown/Out on the interstate,” these Texas-based red dirt rockers created the perfect road trip/love song for soaking in summer. Suggested by Heather Johnson via Facebook. 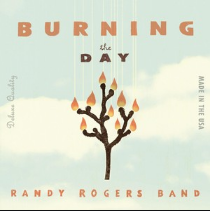 This country quintet has been spending the summer cruising around the country opening up for Kenny Chesney’s “Spread the Love” tour, and entertaining stadium crowds with songs like this. “@RoadLoans favorite summer road trip song: SnapBack by Old Dominion” from @LexieMaddux via Twitter.

@RoadLoans panda by designer haha it's just so dang catchy!!

23. “Down the Road Tonight” Hayes Carll

This tune from the Houston-area native’s 2005 sophomore album, “Little Rock,” lyrically lists all the folks going “down the road tonight.” “Hey @RoadLoans, my favorite summer road trip song is “Down the Road Tonight” by @hayescarll!” from @AmyLNicholas via Twitter.

Hey @RoadLoans, my favorite summer road trip song is "Down the Road Tonight" by @hayescarll! 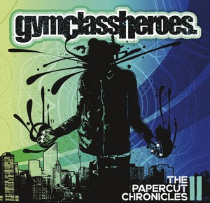 The distorted guitars and distinct scream of Chris Cornell on this track off the Seattle band’s breakout 1991 record, “Badmotorfinger,” helped define a sound that still holds up today. Especially for inclusion in a summer road trip playlist. “.@RoadLoans “Outshined” by @soundgarden !!” from @AndyOdom7 via Twitter.

This classic from 1981 found a resurgence in 2007 in the finale of “The Sopranos.” For Steve Perry’s soaring vocals alone it makes it on our list. Suggested by Kyle Brand via Facebook.

27. “On the Road Again” Willie Nelson

Of all songs that sum up road trips, travel, summer, this playlist really, the No. 1 smash from the “VH1 Storytellers: Johnny Cash & Willie Nelson” album is still as relevant today as it was when it first came out in the summer of 1998. Suggested by Alan Michael via Facebook.

Besides having the perfect title for this list, the upbeat chorus of “I keep falling in love with you in the summertime” creates a happy, summery mood. 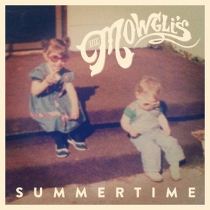 This track from country singer Morris’ fourth album, “Hero,” is perfect for the playlist with its lyrical ode to cruising in a classic Benz. “@RoadLoans 80’s mercedes by @MarenMorris just great vibes” from @rrachelkk via Twitter.

Formed a decade ago during their college days at Texas Tech, the Josh Abbott Band has been making major country waves lately with the singles “Amnesia” and “Wasn’t That Drunk.” The title of this song off their 2010 sophomore album speaks for itself. 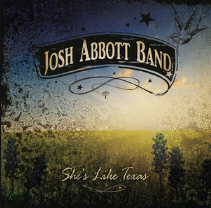 Fort Worth, Texas, native Bridges has broken out big with his soulful 2015 debut “Coming Home,” all of the songs on which could be included in a road trip playlist. 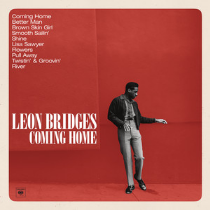 Oklahoma’s own Troubadours know a lot about traveling the red-dirt roads between the Okie and Lone Star states. Many of their songs capture this feeling, but this one speaks of the blaze of the summer sun. Plus the fiddle intro is fantastic.