Spock and Kirk’s get a lot of attention in the new movie “Star Trek Into Darkness.” It gets even more from Kelley Blue Book’s www.kbb.com list of “10 Cars that Exude Attitude.”

“Are you giving me attitude, son?” a commanding officer in Star Trek asks Spock. “I’m giving you multiple attitudes. To which one are you referring?” Spock replies. And so it is with KBB’s list – it gives us multiple attitudes represented by 10 cars from the class of 2013.

“KBB.com’s list of ‘10 Cars that Exude Attitude’ showcases vehicles that stand out from the crowd, cars that our editors think have undeniable personality,” said Jack R. Nerad, executive editorial director and executive market analyst of KBB.com. 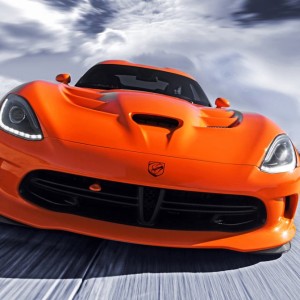 “From a sub-$20,000 subcompact to an exotic six-figure sports car, our list demonstrates that drivers can buy attitude-filled rides at many different price-points,” Nerad said.

“The Ram has long stood out from its boxy full-size truck rivals with an aggressive snout more akin to a semi,” KBB says. “For 2013, the Ram adds plenty of brains to its brawn.”

The SRT Viper, meanwhile, is an American exotic that easily could project its performance mindset on looks alone, says KBB, “but there’s more to this sinister beast than scintillating skin,” referring to “the Viper’s ferocious performance abilities.”

“The Soul still sports plenty of pizzazz with its practicality, and with a base price of around $15,000, packs as much value as it does attitude,” wrote KBB. “Nine out of 10 hamsters agree.”

Of the Aventador, KBB writes: “With nearly 700 horsepower pumping from its V12 to all four wheels, the Aventador easily puts the super in supercar. … [The] $400,000 flagship has striking design, even by Lamborghini standards. This is automotive attitude in the extreme.”

And, better yet, the Lamborghini looks like a vehicle straight out of Star Trek.

If you need fast-and-easy financing to purchase a car, SUV, crossover or pickup, visit RoadLoans.com to get the process started.

Written by: Mark Macesich on May 21, 2013
Category: Entertainment