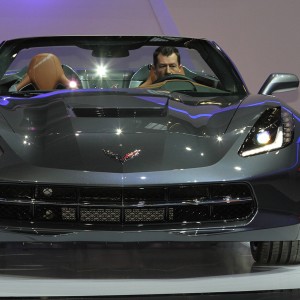 Automedia.com and Zimbio.com and others list their “most anticipated” vehicles; Autotrader.com offers its 15 “most significant new cars,” and Car and Driver names “25 cars worth waiting for.”

No matter how you characterize them, some new cars and trucks coming for 2014 from late this summer through the beginning of the year excite the imaginations of industry-watchers. And while the lists aren’t all the same, about a dozen vehicles rate mentions on two or more compilations.

Those are the cars and trucks on which we focused when we went looking the top 2014 models.

Our list of 11 cars with more than one mention is presented in alphabetical order, starting today and continuing through Thursday. They are (with abbreviated reviewer remarks):

The i3 is the first entirely electric car offered by BMW, and it could be a game-changer. It has a high range of up to 100 miles, which can be extended with an optional gasoline engine to 190.

The 2014 Cadillac ELR (and CTS) will change the face of the company from now on. The ELR has a chance to take what the Volt did and build something legendary with it.

For over a decade now, the Impala has essentially lived in exile at airport rental lots across the country. But this new Impala changes that in a big way. The all-new 2014 Impala features stylish lines and a vastly improved interior

At first blush, the new Silverado looks, well, a lot like the old Silverado. But once you hop in, you’ll see where GM spent its money. Whereas the outgoing truck an interior that was reminiscent of a delivery van, the latest Silverado is thoroughly modern inside.

One of the easier choices on this list, the 2014 Chevrolet Corvette Stingray is among the most anticipated vehicles ever – not just in 2014. Its design will lead GM and the industry into the future.

One type of car expected to pick up in demand for families in 2014 is the hybrid minivan. The new B-Max will help meet this demand, with compact size, environmentally friendly engine and economical pricing.

“While much of the new-model-year chatter will be focused on the Corvette and [Mercedes] S-Class, there’s no shortage of drama elsewhere in the auto business for 2014,” wrote Jim Gorzelany in Forbes.

If you need fast-and-easy vehicle financing for a used or new car, SUV, crossover or pickup, visit RoadLoans to get the process started.