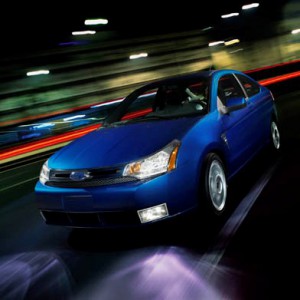 Four of the most reliable cars on American roads are either recent model Toyotas or Hondas, with a Ford thrown in to spice up a list of the Top 5.

That’s according to a “massive study” conducted by automobile repair diagnostics company, CarMD.

The results were cited in a detailed report, “America’s Most Reliable Cars,” recently posted online by Michael B. Sauter, Samuel Weigley and Alexander E. M. Hess at business news wire 24/7 Wall Street, and were based on CarMD’s index, which measures the frequency and expense of necessary repairs.

Of the Corolla, the writers said: “The car requires fewer repairs than any other car — 2002 model year or later — and the repairs it needs are inexpensive. At $283.12, it is far less than expensive than the average repair costs for some models, which can be in excess of $700.”

The CarMD November 2012 Vehicle Health Index is based on more than 10 years of data from car diagnostic computers from the vast majority of 2002 to 2012 model year cars sold in the United States.

Meanwhile, the Taurus is a car many might not expect to see in such exalted company, but Kristen Brocoff of CarMD pointed out that it “may increasingly be known as a reliable model over time.”

“The 2008 Ford Taurus was the top-rated sedan for reliability, ranking ahead of two others on this list, the 2009 Honda Accord and the 2010 Hyundai Sonata. … [The 2008 Taurus] rarely requires any repairs, with only four other models needing to be brought to a mechanic less often.”

“We’re starting to see with today’s technology, manufacturers are really able to make cars that will last longer than ever before,” Brocoff said. “It has really evened the playing field, and there are lots of models that may not always be the names you are used to.”

If you need fast-and-easy financing for your next car or other vehicle, visit RoadLoans.com to get the process started.