As a teenager with a busy after-school schedule, I waited eagerly for September 17, 2008 – my 16th birthday – to come so that I could finally get my driver’s license. My parents were ready, too; between choir practice, vocal lessons, dance team, basketball and church, it was practically a full-time job wheeling me around town.

However, on that day, instead of celebrating with friends and family and being handed the keys to a car (big red bow included!), I found myself sitting in a restaurant with a sopapilla birthday cake – generator running – during the aftermath of Hurricane Ike. Being 16, I was so annoyed that Mother Nature decided to rain (literally) on my plans.

That year, a week before Christmas, my dad called me after school. He told me that he had found a potential car for me, conveniently parked in the local grocery store parking lot. All I had talked about for months was getting a car. I dreamed about getting to sit behind the wheel, listening to the music I wanted, and having the freedom to get myself anywhere, whenever. This was finally my moment! I went with him to meet the seller, and $4,000 later, I was the proud owner of a gently used 1998 Volvo S70. 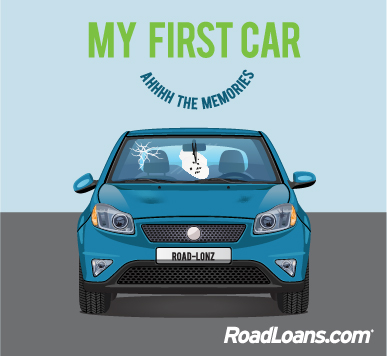 I remember squealing with delight the first time I plopped down in the driver’s seat. My older sister had just gifted me the latest Britney Spears CD and I couldn’t wait to drive around and play it in my new car. Whenever I would tire of that, I would flip through the dozens and dozens of mixed CDs I had stocked the car with. Now, while she wasn’t the newest and had her quirks, I loved that car with all of my heart. The shiny black exterior, leather (heated!) seats and the built-in CD player were everything I needed. Everything was in working order on the car – the front headlights even donned their own set of wipers!

Saved by ‘The Tank’

As time passed, my family and friends jokingly started referring to my car as “The Tank.” My Volvo had over 150,000 miles on the odometer and was still running strong! I learned, though, the name came from the fact that I occasionally seemed to get myself in some dangerous situations and the car was, generally, unaffected.

The next spring, the night of our dance team’s spring show, it rained so much that the streets were flooded and it was nearly impossible to drive through them. Being 16 (and stupid), I decided I would attempt to drive myself and two friends back after the show to my parents’ house – three miles away. We made it, luckily, and the Volvo proved itself to be an excellent half-car-half-flotation-device – though it’s certainly not a recommended way to travel.

That summer, a friend and I went to Crystal Beach, a beach located on Bolivar Peninsula east of Galveston Island, Texas. It was approaching sunset by the time we drove off the ferry, and I knew my dad would be calling me soon to ask where I was. I had the genius idea that I should drive my car onto the sand and take a photo at sunset. We hopped back into my car as it was getting dark and hit the gas pedal, my tires spinning, only to realize I was stuck in the sand. Frantically, as my friend and I are trying to dig my tires out of the sand with our hands, a Texas State Trooper vehicle shines its light on us. We immediately thought that we were in more than just deep sand. The officer comes to our rescue, and ironically enough, it was actually my friend’s dad! He was able to pull us out of the sand with his truck, offered us a small lecture, and back on the road we were! We had such a good laugh on the drive back, mostly laughing about how dumb and lucky we were.

There were countless other times when I was “saved by the Volvo” – like when I had left my sheet music or the leotard that I needed for practice, or a book for that day’s English assignment, at home; when I had locked my keys inside and realized I had a spare; when it was impossibly hot in the summer and I needed cold AC, or when it was unseasonably cold and I wanted the warmth of the seat heater. The Volvo never let me down.

It was the perfect first car for me. It took me through high school and into my sophomore year at university. It handled all of my after-school activities, appointments, carpools and accidental mistreatments as a young driver, it played hundreds of CDs, donned window decals and a furry cheetah-print steering wheel cover! I grew up in that Volvo, and by the time I was ready to buy my next car, I felt that I was more than prepared for anything.