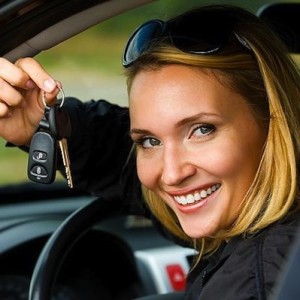 The common wisdom that Gen Y consumers – those born between 1977 and 1994 – no longer are interested in automobiles doesn’t seem to hold water, suggests Deloitte’s study. They’re just practical about the costs of car ownership and other factors involved in owning vehicles.

“Among Gen Y consumers who do not currently own or lease a vehicle, cost seems to be the main barrier – with most (80 percent) saying it is because they cannot afford it and three quarters citing high operational and maintenance costs,” reported Used Car News.

“Affordability is the mantra for Gen Y consumers who don’t already own or lease a vehicle,” Craig Giffi, head of Deloitte’s U.S. automotive practice, said of the study results.

But Used Car News cautioned: “America’s romance with the car does not extend to Gen Y.”

Deloitte’s data is based on survey responses from more than 23,000 consumers across 19 countries, including more than 2,000 U.S. consumers – 677 from Gen Y, representing nearly 80 million consumers.

So besides lower costs of car ownership, what is it that millennials want?

Deloitte’s findings suggest this generation certainly wants to be behind the wheel of their own automobiles – over 60 percent plan to buy cars in the next three years and 23 percent in the next year.

“But most respondents (nearly 75 percent) said they want advanced safety technology that can sense other vehicles on the road, while more than half want cars that are connected to the Internet and possessing multiple entertainment options,” reported Reuters news service.

Only 29 percent of Gen Y consumers would be willing to give up their personal cars – even as non-traditional mobility options like car-sharing and car-pooling services proliferate – and only 8 percent do not expect to ever purchase or lease a vehicle, according to Used Car News.

“Gen Y consumers are showing a clear interest in vehicle ownership and have specific ideas of what they want in a car,” said Deloitte in its report on the 2013 survey.

But that’s a far cry from the doomsday predictions for Gen Y car sales over the last several years.