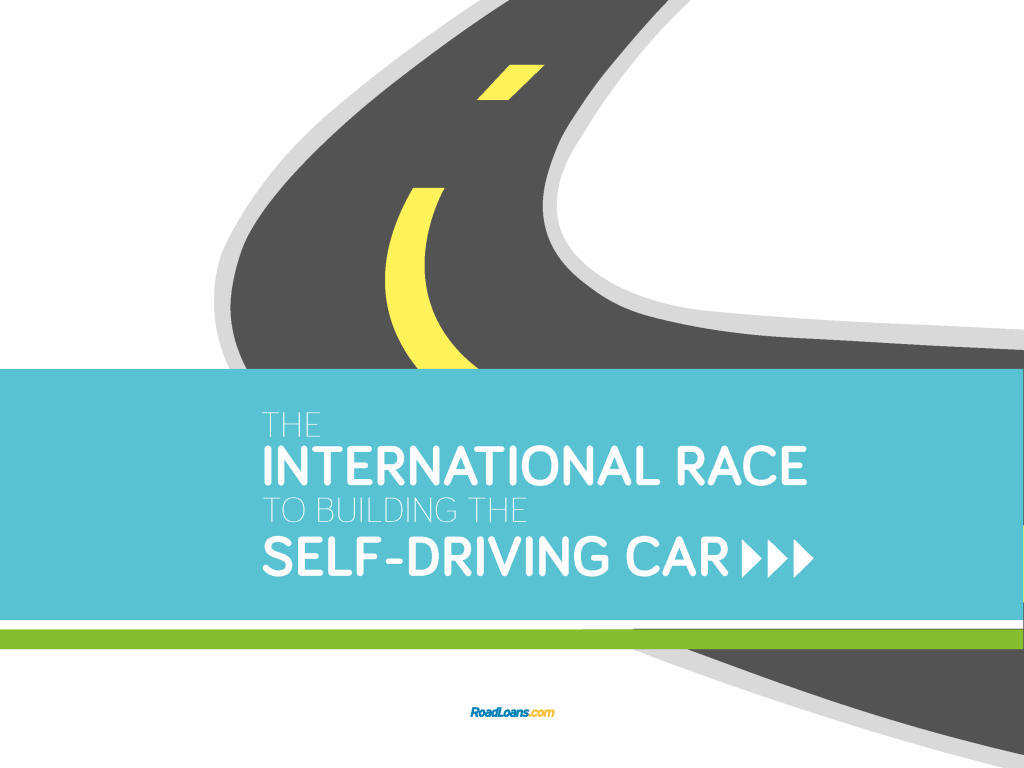 It’s official — we are living in The Future: Apple has created a computer that fits inside of a watch, and Amazon has deployed fleets of robots to streamline its fulfillment centers. And then, in a move that would make Marty McFly — the 80s teen from the cult classic film Back to the Future who travels in time — proud, a company called Hendo has successfully kickstarted production of a hoverboard (even having Tony Hawk test out a prototype at their facility.)

So with all these breakthroughs occurring, what’s next?

Google’s autonomous vehicles have logged more than a million miles since the project began, with the whole fleet averaging about 10,000 miles each week. In that time, the vehicles have been involved in a total of 12 minor accidents, although Google reports that none of the accidents were caused by the self-driving car.

In December of 2014, Google announced that they expect the cars to be available for purchase “in the next five years,” meaning sometime likely in 2020.

Luxury carmaker Audi has partnered with Delphi, an auto parts supplier, to develop their autonomous car. The company boasts that it was the first, and currently the only, carmaker to carry out test drives under real-world conditions. In January 2015, Audi’s autonomous A7 concept car — nicknamed “Jack” — took a 550-mile road trip from Silicon Valley to Las Vegas.

The following April, they completed a cross-country trip from San Francisco, CA, to New York City, NY. The trip took nine days across 15 different states — as well as Washington, D.C. — and handled several hazards, such as construction zones, bridges, roundabouts, tunnels, traffic and changing weather conditions. About 99 percent of the trip was self-driven, mostly on highways, while the other 1 percent was in cities, where the human driver took control. While in self-driving mode the car doesn’t go over the speed limit, usually operating at about 70 mph. Audi collected nearly three terabytes of data from the drive.

Audi expects to have several self-driving features in place by 2016, while fully autonomous cars are expected “within 10 years.”

Japanese automaker Nissan hopes to have commercially available autonomous vehicles by 2020. They hope to have a car that can navigate the highways in Japan by 2016, expecting navigation for urban areas to take longer.

Partnering with research teams from several universities, including MIT, Stanford, Oxford, Carnegie Mellon and the University of Tokyo, Nissan predicts that they will have lane-guidance systems and adaptive cruise control ready for use on highways by 2016. They expect the ability to change lanes and avoid obstacles on roadways to be available by 2018.

Meanwhile, their biggest concern moving forward is complying with regulations in different countries where these vehicles will be used, each having its own set of rules.

American carmaker General Motors is partnering with several groups in Detroit, MI, including Ford Motor Company, the University of Michigan and the Michigan Department of Transportation. The company plans to build 120 miles of technology-enabled highways around the city.

Like many other companies, GM plans to release several different features, gradually building them together to create a fully autonomous car. They expect their “Super Cruise” feature, which allows drivers to take their hands off the wheel while driving, to be a part of one of their Cadillac models in 2016. The feature keeps the car in its lane, slowing down and speeding up automatically, depending on traffic. By 2017, several models are expected to have vehicle-to-vehicle communication, sharing information such as speed and location, allowing cars to maneuver more easily around each other.

In recent years, electric automaker Tesla has built a reputation for innovation, and it seems to be putting just as much thought and effort into self-driving technology. Elon Musk, Tesla’s CEO, predicts that a fully autonomous car will be possible “in a six-year time frame,” though he also expects that it will take longer than that to work out all of the road regulations and legislation.

Tesla already is selling the Model S, which is equipped with the necessary hardware to make autonomous driving possible: radar, sonar, GPS, etc. All that it requires is software to tie everything together.

Tesla already has some self-driving features available, including one that keeps a car inside its lane and moving at an appropriate speed, depending on traffic and environment.

Conclusion
There’s no doubt about it, self-driving cars are coming.

Elon Musk has even said that, eventually, it may be illegal for anyone to operate a vehicle manually, though that could take as long as 20 years once the technology is available. “It’s too dangerous,” Musk says, “You can’t have a person driving a two-ton death machine.” In the meantime, as Nissan and others are rapidly improving their technology, being preemptive about refinancing your car loan could possibly put you in a better situation to own one when they do become available.

The question, then, is who will be the first to accomplish this goal. These five companies are not the only ones in the competition — several others are throwing millions of dollars at researching new technologies in the field. Whatever the outcome, one thing is clear: The race is on.