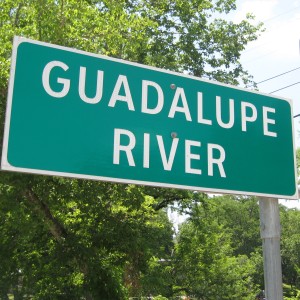 Texas is known for many traditions.

There’s the age-old football rivalry between the University of Texas and the University of Oklahoma, the state’s ability to combine our native Mexican fare with Texas flair to form Tex-Mex food and boots worn any time and anywhere.

The state flower may be the bluebonnet and pecan the state tree, but the state pastime has to be floating down the Guadalupe River.

That’s where my road trip took me during the first week of August. The temperatures were hovering at 100 degrees and nothing sounded better than taking a dip in what the locals call “the Guadaloop.” Now, if you’ve had to travel north to south in the state, you’ve probably driven I-35.

Heading south on a road trip from Dallas, we ran across some not-so-hidden gems of central Texas:

West, Texas, is the home to one of the greatest foods around – the kolache. Whether it’s filled with strawberry jam or sausage, it’s good for breakfast, lunch and dinner. Take my word for it. It’s worth the 15-minute detour to the Czech Stop.

Waco, Texas, home of the Baylor Bears, is the self-proclaimed “Heart of Texas.” And while it’s not on the Guadalupe, Waco is situated along the Brazos River, another fun river to float. But Waco’s claim to fame has to be that it’s birthplace of Dr. Pepper.

Austin is the state capital and the home of all things hip in Texas. Whether you’re on Sixth Street or at a South by Southwest event, Austin is certainly the place to be. The capitol building stands tall and can be seen from almost anywhere in the city.

But with all the great stops along the way, I couldn’t wait to get to the river.

There are several places to float the Guadalupe, but we stayed in Gruene (pronounced green), Texas. Even though floating the river is fun for the novice, it’s even better for those who are prepared.

We grabbed our cooler, inner tubes and supplies, and launched into the chilly water. The hot sun was a distant memory as the lazy journey around the bends of the river began. As you float, you get to take in the geography of the area. Great formations of rock line the river showing you how high the river might have been in the past.

It’s a laid back atmosphere where tubes float in and out of different groups of people. Everyone is a part of the same ebb and flow of the Guadalupe, and that brings us all together. I’ve never had so much fun sitting around, chatting, laughing and taking in the sights of one of Texas’ natural treasures.

If you haven’t had the chance to float the river, you’re missing a real treat. Grab the girlfriends, make it a guy’s weekend, or take the family. It’s an all-inclusive activity and one that makes you a part of our rich Texas history.

If you need fast-and-easy vehicle financing or refinancing for a used or new car, SUV, crossover or pickup for your summer road trips, RoadLoans empowers you to shop with confidence.

Written by: on August 15, 2013
Category: Entertainment