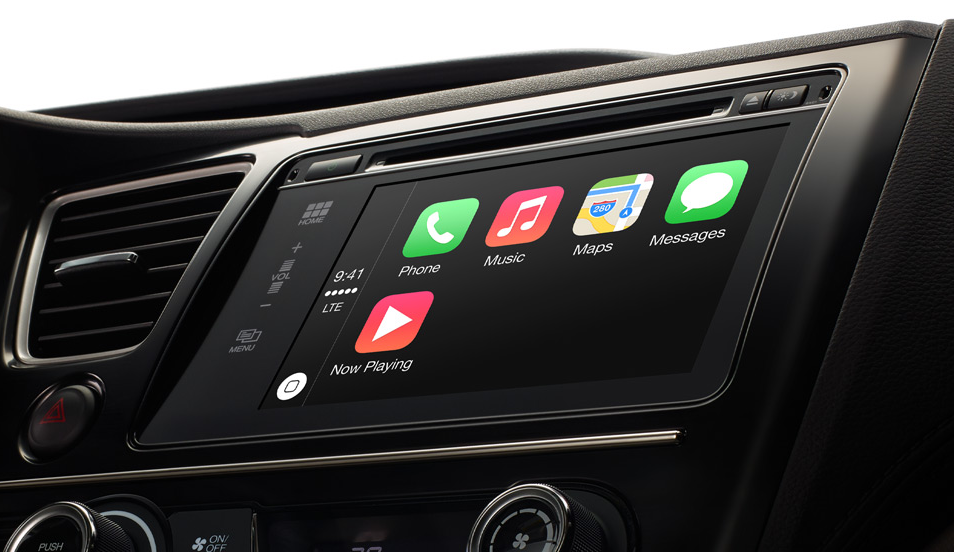 Cave paintings were rendered so that they appeared to be in motion when viewed by torchlight. Earlier than the invention of paper, a stick placed in the ground gave its viewer an accurate guess as to the circumference of the Earth. In 1902, a silent film showed people rocketing to the moon. Innovation is, by definition, a disruption of the status quo. As time passes, much of science fiction becomes scientific fact. We might soon have self-driving cars, self-cleaning cars and cars that can see everything around them, but we still don’t have flying ones.

Thirteen years after the events of the movie 2001: A Space Odyssey would have taken place, are we propelling ourselves to other worlds, aided by an unblinking, synthetic intelligence with a mind of its own? Not quite, but Apple CarPlay might be one step in that direction. Get ready to hear Siri’s voice a lot more.

Siri is Your Copilot

Apple CarPlay is an extension of the iPhone’s operating system that gives drivers and passengers access to selected apps, with the goal of making driving safer and more efficient. Once an iPhone is joined to CarPlay, the user’s text messages, phone functions, map data and music is accessible through the CarPlay system, with minimal distraction from driving.

But is it Really Safe?

Leave it to Apple to tip their hand…to the Patent Office first. The relevant specifics of the technology, first seen in patent applications, are oriented to reward users who focus on undistracted interaction and frustrate users who let the interaction with the CarPlay system distract them from driving. CarPlay features a “lock-out” function uses the iPhone’s motion and image sensors to determine if the user is in a “safe operating area,” limiting use if the driver appears to be distracted.

And it will have no access to your pod bay doors. See? Safe.

Apple reports that it will have CarPlay available on selected models of Honda, Volvo, Hyundai, Mercedes-Benz and Ferrari vehicles in 2014, and that “committed partners” will eventually support CarPlay in the following makes: Toyota, Ford, Chevrolet, The BMW Group (which includes MINI), Kia, Nissan, Mitsubishi, Subaru, Land Rover, Suzuki, Jaguar, Peugeot, Opel and Citroën.

RoadLoans lets you apply for financing, helps you shop for a car, and can help get you on the road, all from your phone or computer. Apply today to see what great service looks like.