Besides getting a hands-on look at the latest new vehicles to shop for now or in future, for many, auto shows are also about taking a moment to admire the rare, unusual and often super-luxurious rides on display. 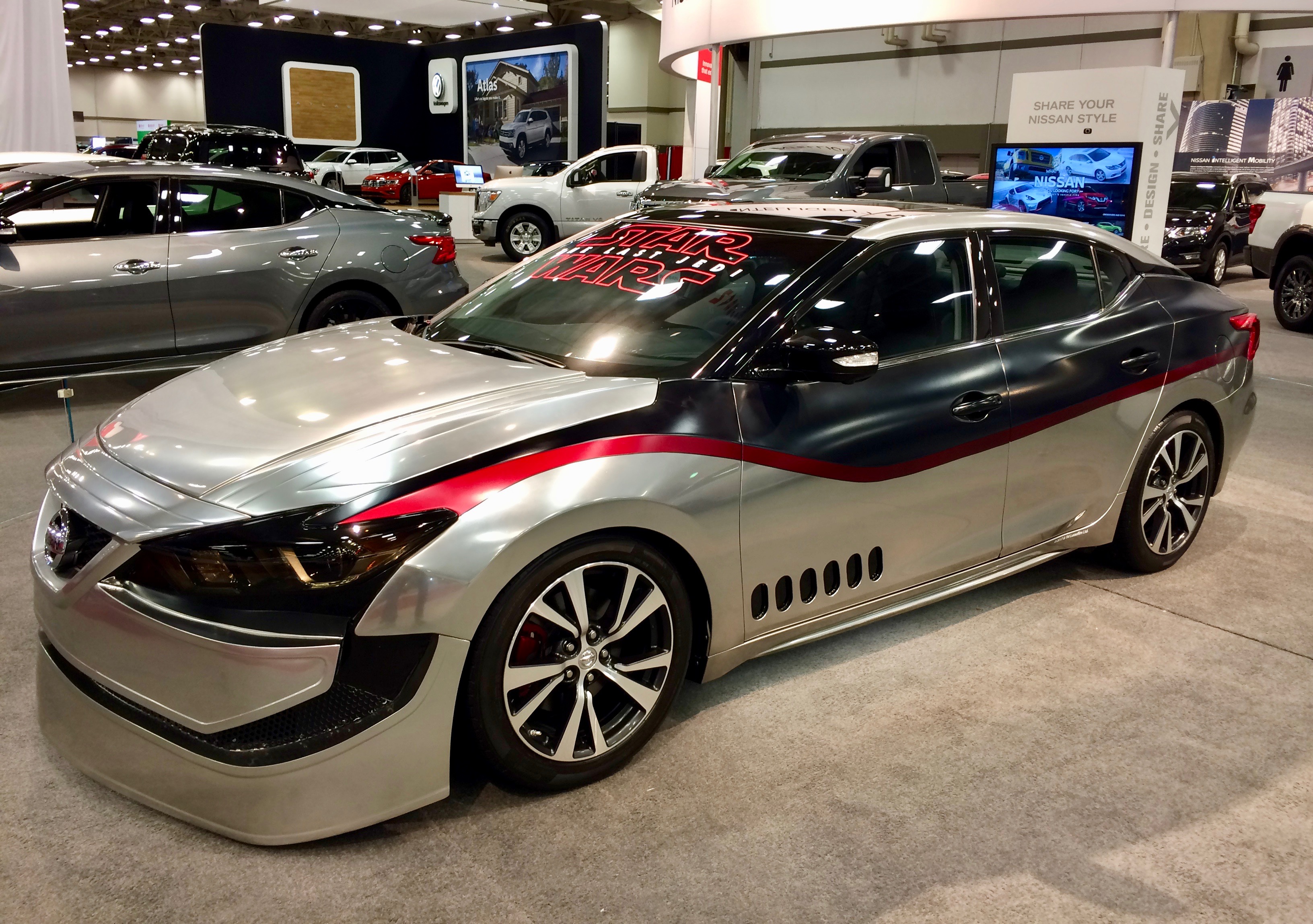 Meet Captain Phasma, one of the toughest Stormtroopers in the galaxy, in car form. The Maxima Captain Phasma concept vehicle is a product of Nissan’s collaboration with Lucusfilm for the latest “Star Wars: The Last Jedi” movie, and is one of seven such cars created to celebrate characters and crafts from the blockbuster. Artists at the Lucusfilm offices took some of Nissan’s most popular models, also including the Rogue, Rogue Sport, Altima and Titan, to design these cars which were then brought to life by Hollywood vehicle fabricators Vehicle Effects. You can see the other vehicles here. 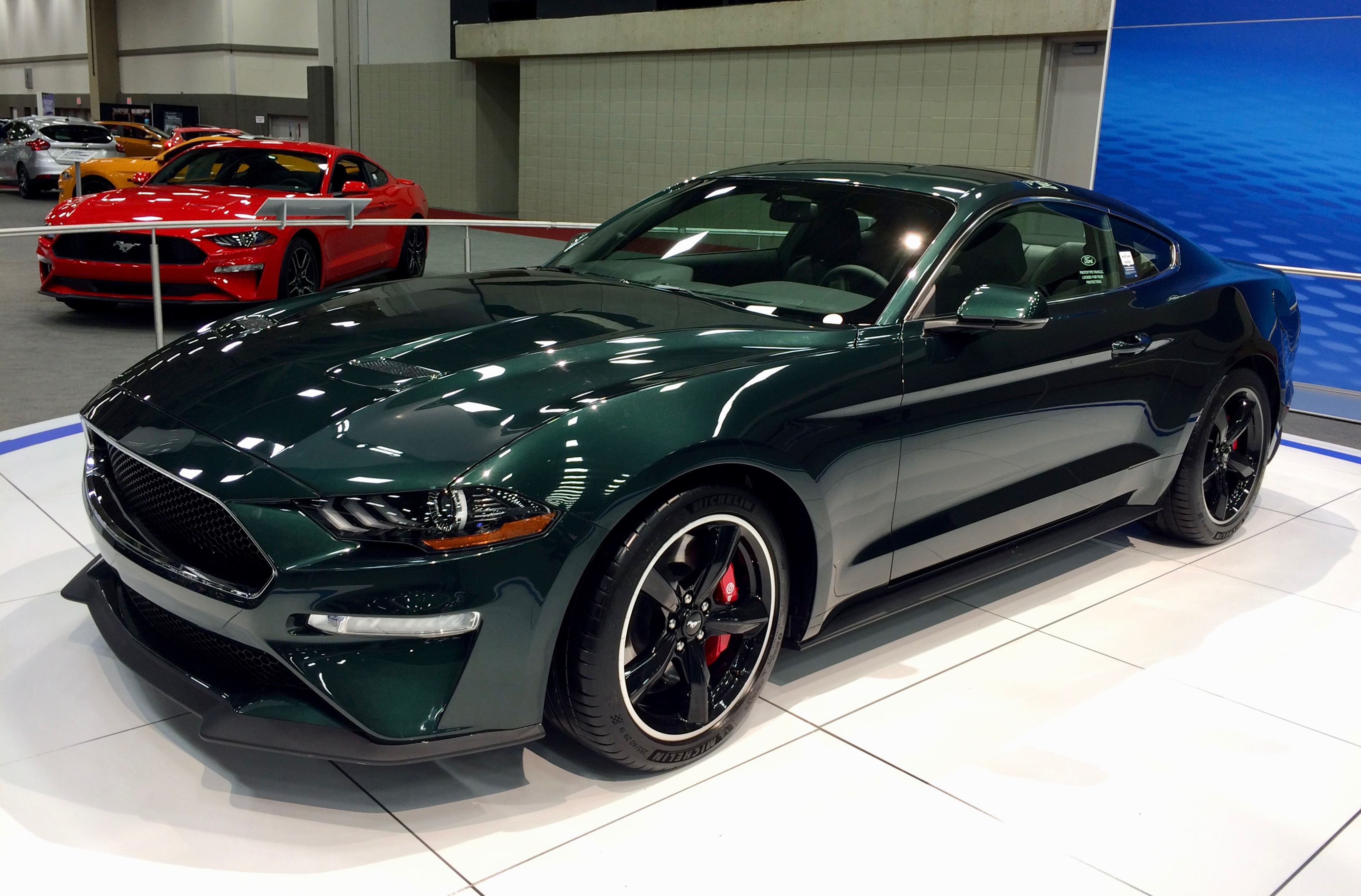 This new Mustang revives a silver-screen legend and celebrates 50 years since the original 1968 Mustang GT fastback appeared alongside Steve McQueen in the classic movie “Bullitt.” The 2019 special edition (due out this summer) comes with minimal badging, like the original movie car, but anyone who’s a fan of “Bullitt” and catches sight of the Highland Green paint job will know it’s something extra special. 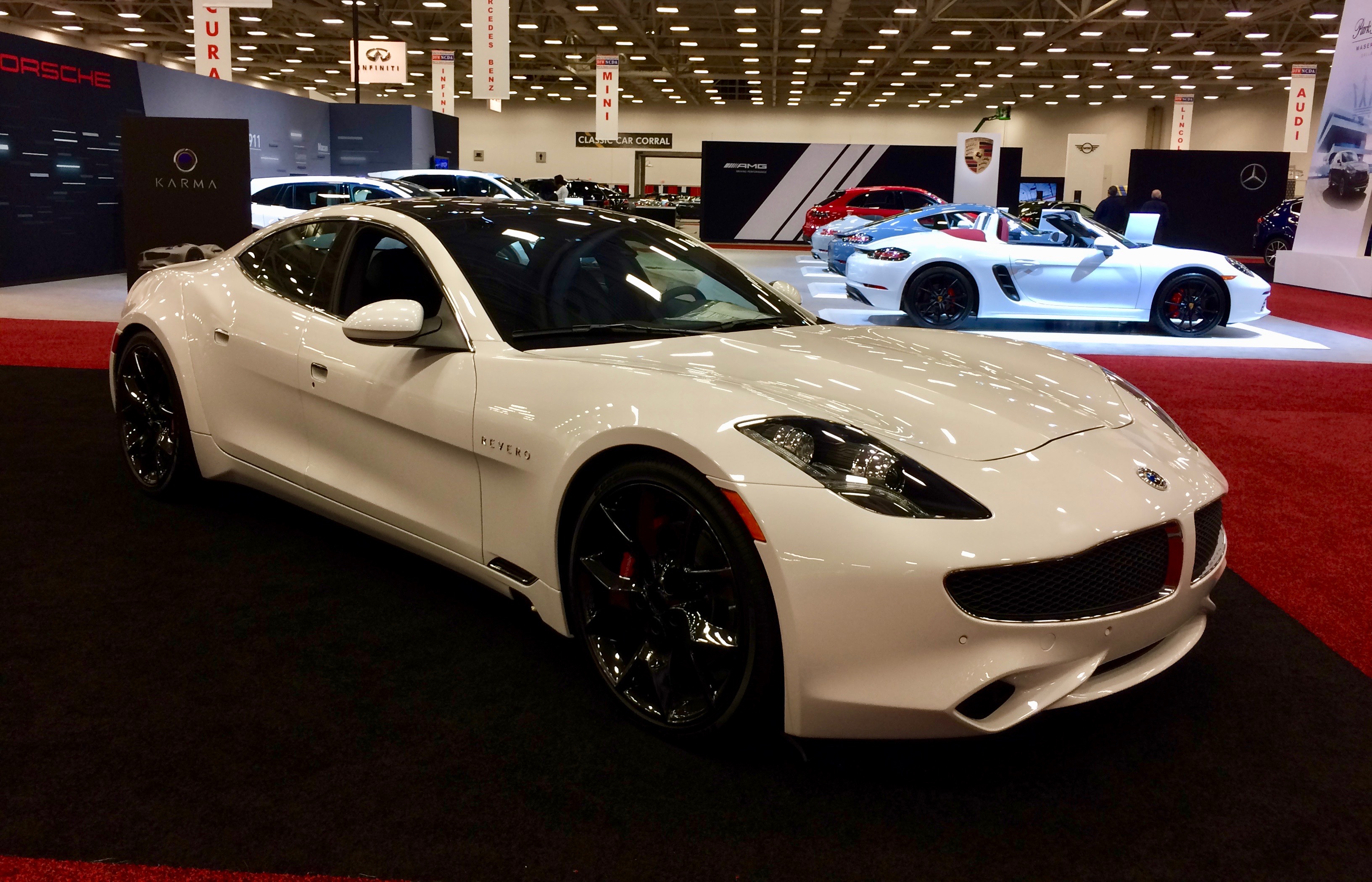 A newcomer to the DFW Auto Show, you may not be familiar with Karma Automotive or their striking, all-new Revero sports sedan. Named Green Car Journal’s 2018 Luxury Green Car of the Year, it’s an electric vehicle that drives 50 miles from battery power, 300 overall with electricity from its on-board generator, and provides up to 1,000 miles of annual driving from its solar-powered roof. Quite handy in Texas. Its technology and luxury come at a price; starting from $130,000, but that does include the hand-painted badge. 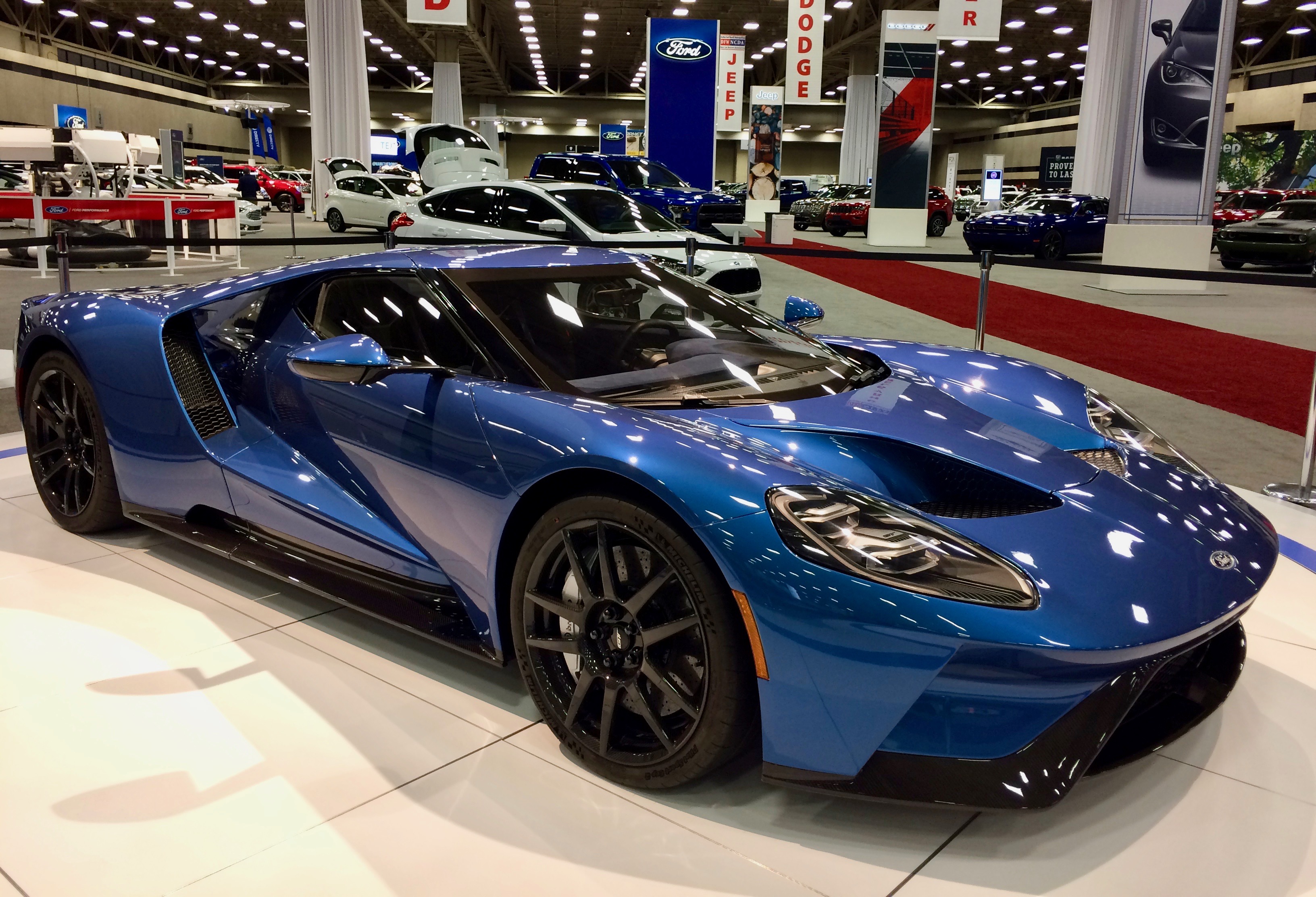 The sculpted 2017 GT on display, one of only 89 to be delivered by Ford last year, could certainly be called exclusive. This one is owned by the Shelby family and sports the VIN 0062 in honor of the year of the first Shelby Cobra sports car, built in 1962 with a Ford V8 engine. 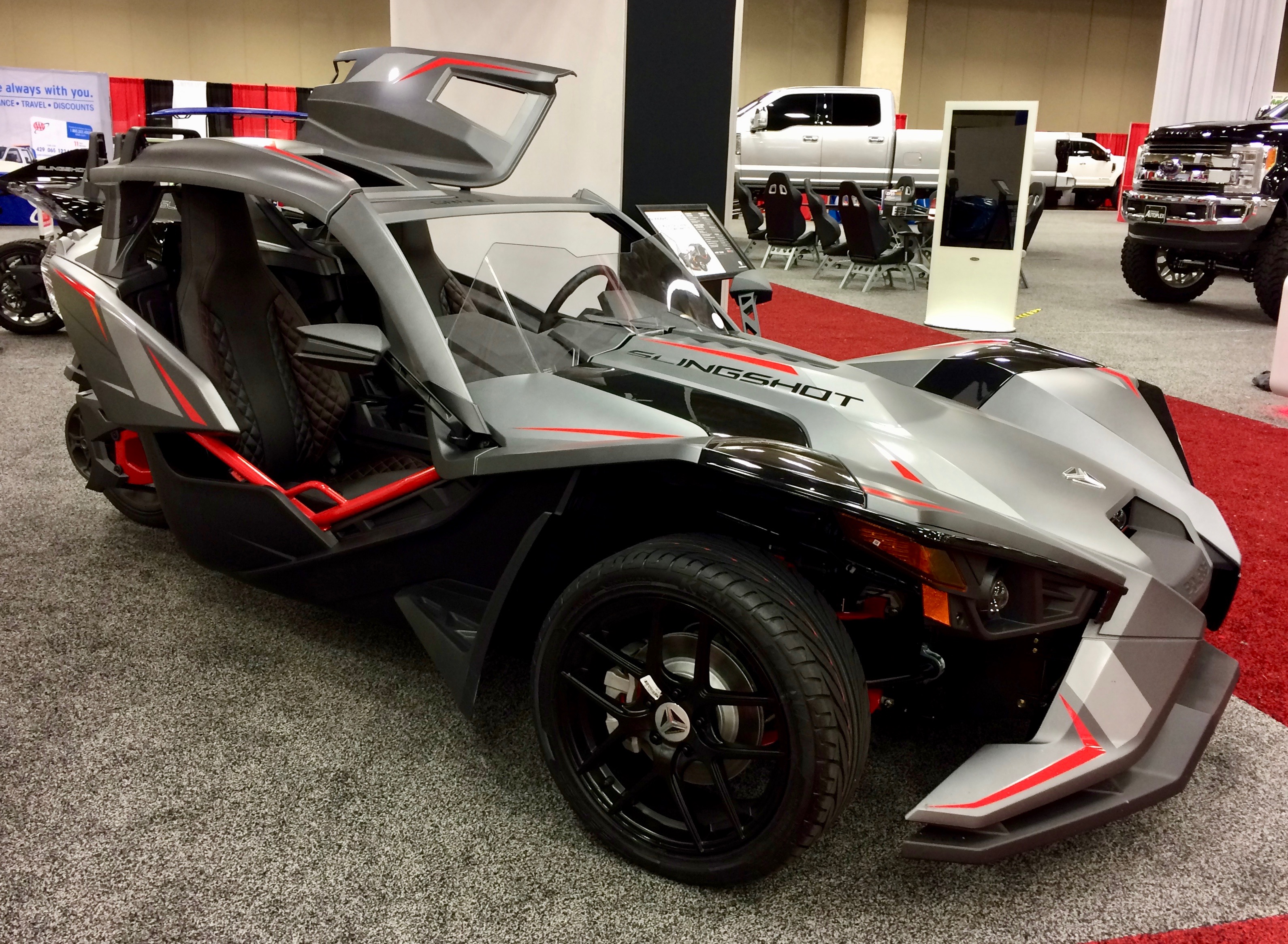 Another must-see, although not strictly a car. The Slingshot is a three-wheeler with an open cockpit, side-by-side sport-bucket seats, five-speed manual transmission and 2.4-liter engine that’s federally classified as a motorcycle but, under a new classification of autocycle, drivers in Texas and 40 other states can ride one with a valid driver’s license. The Grand Touring LE model shown here comes equipped with technology akin to many new cars including turn-by-turn navigation on a seven-inch multi-touch display, phone connectivity and back-up camera. It’s priced from $29,999 and available from March.

These vehicles are among an array of new cars, trucks and SUVs, including 2019 and all-new or redesigned 2018 models, and classics showcased within the Kay Bailey Hutchison Convention Center, Downtown Dallas. Visit DFWAutoShow.com for more information and tickets.