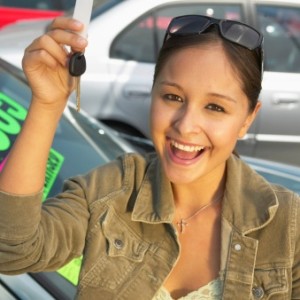 Those shoppers are expected to drive off with at least 42 million used cars, trucks, crossovers and SUVs. In many cases, the car-buying fever begins with a tax refund check.

Millions of taxpayers expect to spend their tax refunds to purchase a new or used car, suggests the report “Use Your Tax Refund to Buy a Used Car” by Keith Griffin at About.com. “Based on the info in [an] eBay Motors survey, Americans appear to view tax refunds as opportunities to make purchases of vehicles associated with the joys of driving,” Griffin wrote.

But refunds, expected to average more than $2,500, are just one reason now may be the time to buy.

Falling used-car prices, brought on by a glut of vehicles hitting the used-car market, may be “music to your ears” if you’re buying, writes Philip Reed of Edmunds.com.

National Automobile Dealers Association’s NADA Used Car Guide predicts prices of used vehicles up to four years old will decline an average of 2.5 percent in 2014. The price drop for vehicles older than that will be smaller, but the drop still contrasts with used-car price increases of 18 percent since 2007.

Meanwhile, “interest rates on auto loans should stay at very attractive levels throughout 2014 … [with the best] used car rates below 5 percent for much of the year,” according to Bankrate.com.

And while dependability ratings took a hit with 2011 models, according to J.D. Power and Associates, used-car dependability generally has been on the uptick. Problems with some vehicles in 2011 “contributed to a decline in vehicle dependability [on average] for the first time in more than 15 years,” which still leaves a lot of room for used-car buyers to find dependable vehicles.

Here is a portion of J.D. Power’s overview of used vehicles generally in its 2013 dependability study:

Of course, it’s possible that those reasons combined aren’t enough to put you in a buying frame of mind, but if you are, they may suggest there’s no time like the present.

If you need used car financing, SUV, crossover or pickup, visit RoadLoans to get the process started.