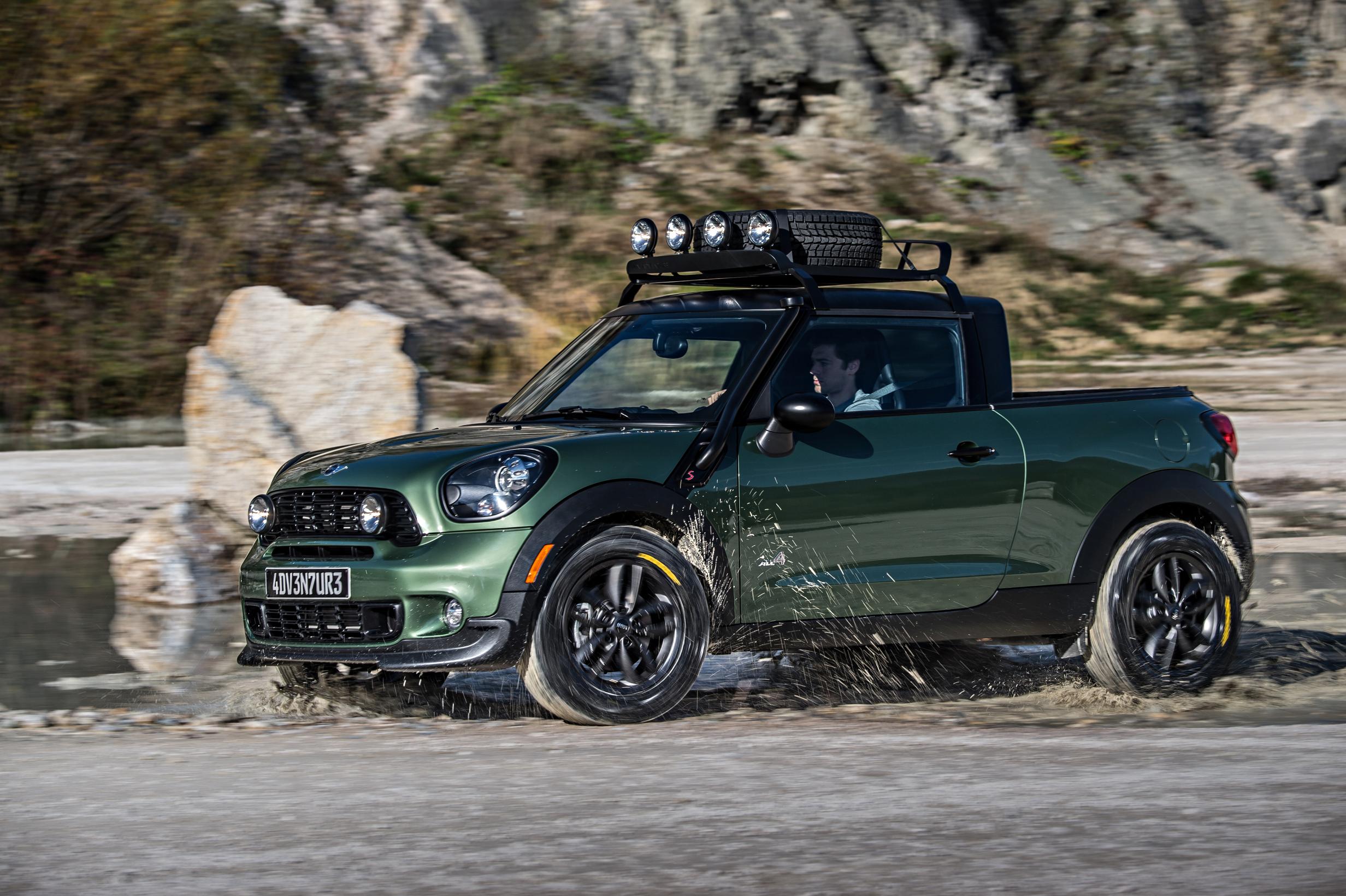 …because they aren’t making any more of them.

Looks pretty sweet, though, right? The Internet sure thinks so.

What you’re looking at won’t be on showroom floors, or off-road racetracks, or in every MINI ad from now until the next Super Bowl, and more’s the pity for us. This is a one-off. Just a [ahem] little something that BMW students and instructors cooked up at the BMW labs at Munich and Dingolfing in Germany. However, wow. Not exactly a felt-laden diorama, is it? Kudos, damen und herren. 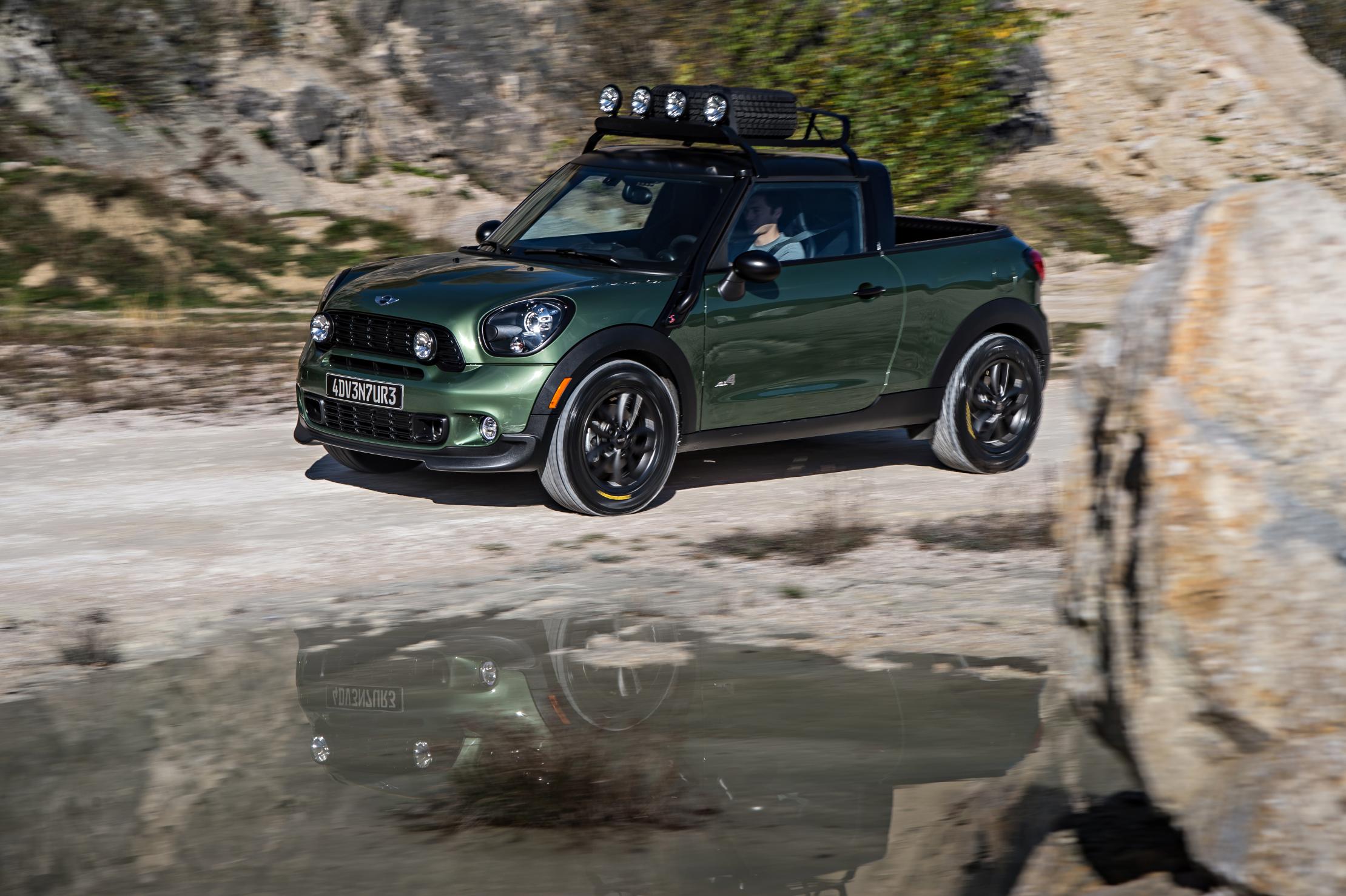 The often-copied lines of the Land Rover Evoque are evident in the MINI Paceman platform, from which this little beauty is built, but with the rear point of the teardrop shape chopped to create the space for the open bed. Add a few off-road-style appointments, like a breather, a Baja light rack, a few coats of metallic forest green paint, and a replacement tire on an itsy-bitsy roof rack, and we’re in business. 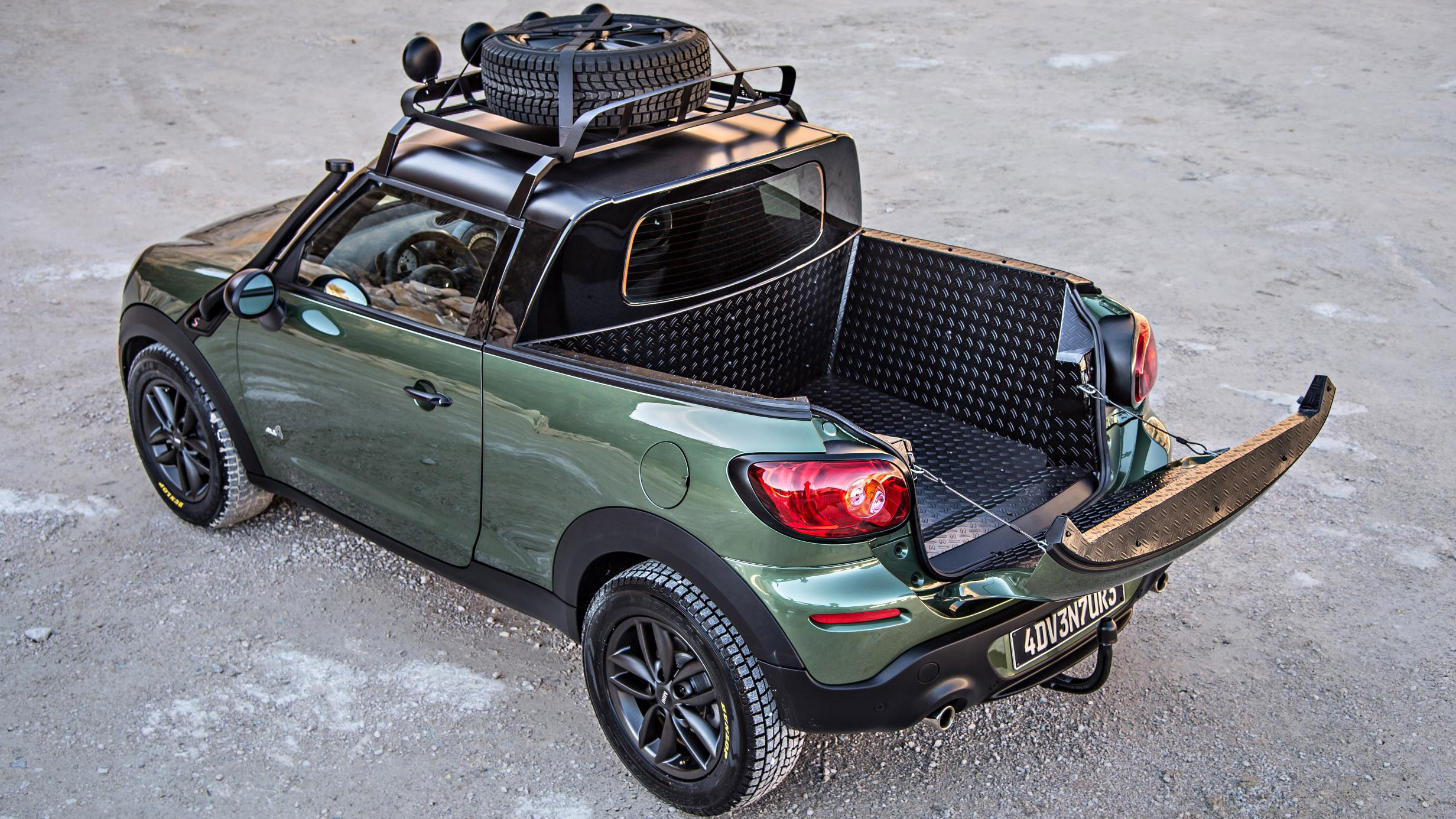 But why is this – I’ll go ahead and say it – adorable thing lighting up the jaded auto blogs like a wildfire? Perhaps it’s that rarely have the extremes of automotive design been as singularly embodied as to appeal to both libertine frontiersmen and altruist citizens. It’s a tiny, tiny sport pickup. A golf cart for the Australian outback. The perfect car for a freshman at Northern Arizona University. (Go, Lumberjacks!) A go-cart for the Himalayas. An inevitable development, I think we can all agree. 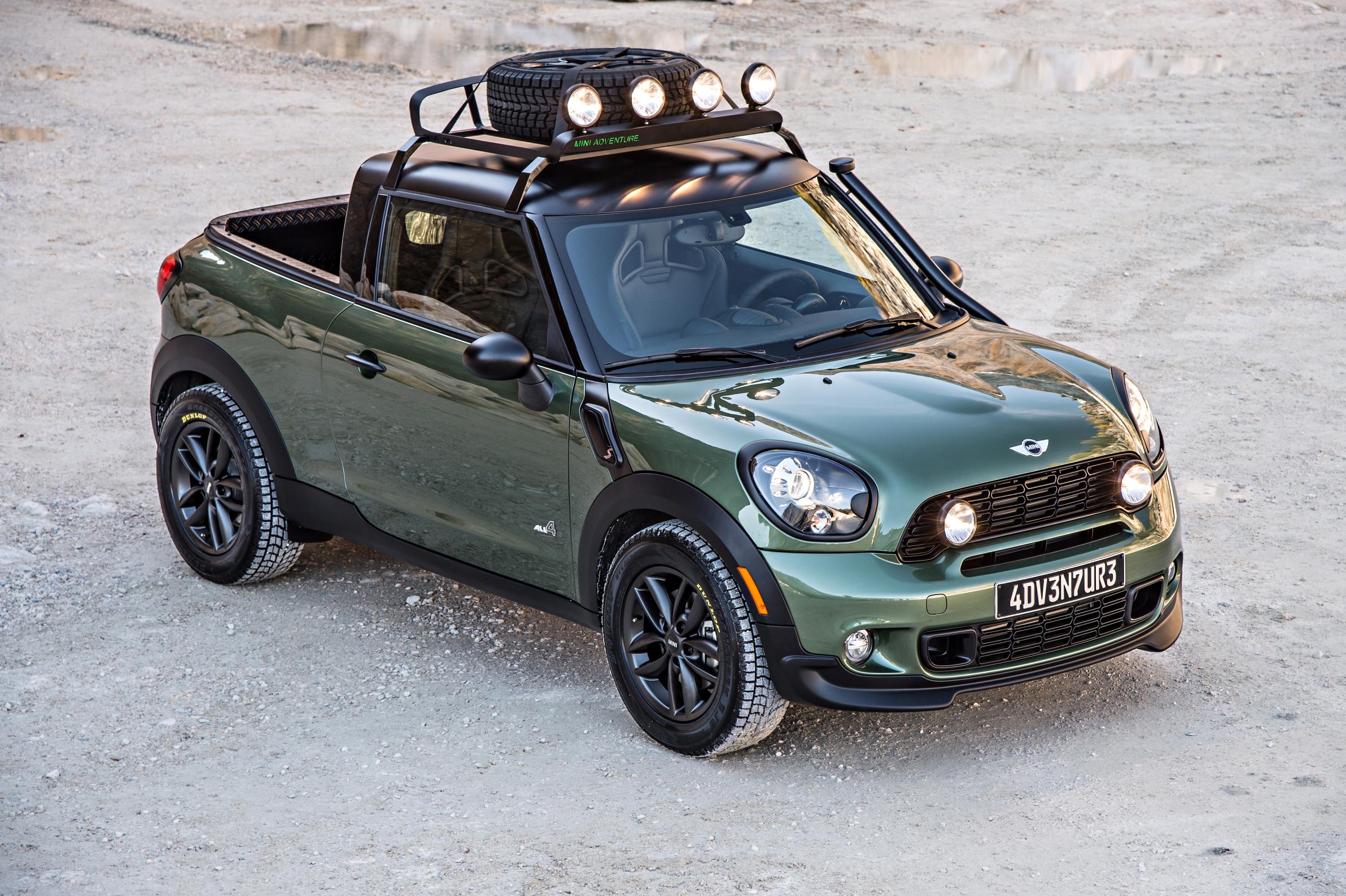 As with most concepts, it’s most likely that we’re looking at the inspiration for future designs that will achieve nearly the same result in a way that the folks upstairs think that the market will respond to and, therefore, actually mass-produce. Who will be first to the punch? Fiat? Tata? Meyers Manx? Local Motors? It’s too soon to tell, but BMW, and its MINI marque, might have a good first round with this hot little number, and enough of an explosive response from the blogosphere to see that whatever they field will get some decent PR.

We look forward to seeing a market entry for the micro-SUV-pickup. (Coined it.) We also might be saving up for one.