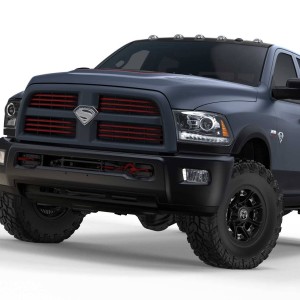 With the wide release of the new Superman movie “Man of Steel” this week, watch out for the new TV commercials and print ads for the Ram of steel.

The Ram Truck brand and Warner Bros. launched a new co-branded commercial for the Ram 1500, Motor Trend magazine’s 2013 Truck of the Year, as part of a partnership promoting the highly anticipated summer action adventure movie in theaters June 14.

The Chrysler Group also provided vintage trucks and other vehicles to Warner Bros. for integration into key scenes in the movie, according to a report in newspress USA.

The first area movie preview played to a packed house June 6 at NorthPark Center in Dallas.

“We are excited to partner with Warner Bros. on ‘Man of Steel’,” said Olivier Francois, chief marketing officer, Chrysler Group LLC. “With film alignment we have a fresh consumer engagement opportunity, connecting the heroic character traits of Superman with Ram’s DNA.”

The 30-second “Action” spot intersperses movie scenes and footage of the Ram truck as the voiceover says, “Everyone has the ability to do something amazing … Some just do it on a more regular basis.”

“The key message of the television ad – how the work that Ram owners do make them superheroes in their own right – also is reinforced in print ads that will promote Ram trucks and the ‘Man of Steel’ movie through the July 4 weekend,” newspress reports. “The Ram brand teamed up with DC Entertainment comic artist Shane Davis to create a custom illustration for the ad.”

“Ram celebrates those who dare to be great and never back down from a challenge,” said Reid Bigland, President and CEO – Ram Truck Brand. “This is the essence of Superman and also embodies our Ram truck buyers, who believe in hard work, integrity and standing up for what is right.”

The truck will make its debut today in New York City at the world premiere of the movie. It will then be on display at special events throughout the summer and fall, including the National Finals Rodeo and State Fair of Texas, before being auctioned off for charity at a later date.