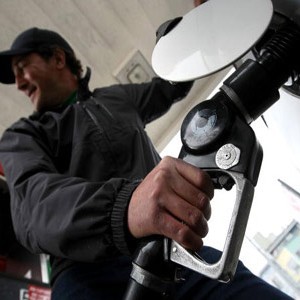 When was the last time you thought seriously about a gas-guzzling car, truck or SUV?

Most of us have been conditioned for years now to think about fuel-efficient vehicles, an option we take seriously especially when gasoline prices spike.

But that doesn’t mean gas-guzzling vehicles have gone the way of the dinosaur, though they might be considered dinosaurs by many in this age of alternative fuels and vehicles.

We thought it would be interesting to take a look at autobytel.com’s research on the subject, which resulted in a dozen top-10 lists broken out by vehicle category. Autobytel concedes they’re having a little fun with the lists although with a serious side, and that’s how we think you should view them.

“Why would anyone put together a list of the top 10 gas-guzzling cars, since it seems like low gas mileage cars are the opposite of what people want?” wondered autobytel.com. “On the surface, it seems simply like a dossier of the most opulent cars on the market, since luxury and excess consumption tend to go hand in hand. And that’s worth a read just for the sake of fantasizing.

“But it can also serve as a cautionary tale,” the website adds. “When it comes time to shop for a new car, it makes sense to avoid the low mpg cars that are notorious for gas guzzling, so a budget-conscious or environmentally friendly consumer can quickly cross these off the list of possibilities.”

These range from luxury cars and SUVs to sports cars, trucks, sedans and even hybrid and compact cars. Of course, the term “gas guzzler” is relative and varies between categories.

Following are some samples of autobytel.com’s gas-guzzler results with low-end prices in parenthesis:

“Gas guzzler cars [are] fun and interesting,” says autobytel.com in an introduction to its lists. “They’re the street-friendly race cars, the super luxurious beyond all reason, and the inspirational vehicles that people dream about for a lifetime. … A list of low fuel economy cars might be more of a curiosity than anything else – but every now and then, it’s fun to indulge the fantasy.”