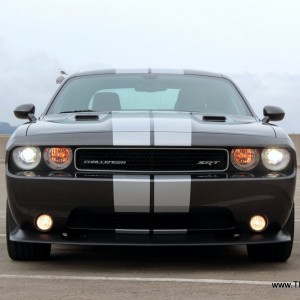 The Dodge, Ram Truck and FIAT brands each posted year-over-year sales gains in February compared with the same month last year. The Dodge brand’s 30 percent increase was the largest sales gain of any Chrysler Group brand in February.

February was a record-setting month for eight Chrysler Group vehicles.

Ram pickup truck sales increased 3 percent in February, compared with the same month a year ago. The pickup truck was Chrysler Group’s top-selling vehicle by volume in February followed by the Chrysler 200 mid-size sedan and the Dodge Grand Caravan minivan.

Ram Truck Brand – Sales of the Ram pickup truck – Motor Trend’s 2013 Truck of the Year – were up 3 percent in February, the truck’s 34th-consecutive month of year-over-year sales gains. It was the truck’s best February sales in six years.

FIAT Brand – Sales of the Fiat 500 were up 2 percent in February, a record for the month. It was the 12th-consecutive month in which the Fiat 500 has set a sales record. The Fiat 500 Abarth was named Best Sport Coupe in MotorWeek’s annual Drivers’ Choice Awards last month.

Chrysler Brand – Chrysler brand sales were up 21 percent month-over-month versus sales in January. The Chrysler 200 mid-size sedan set a sales record for the month of February with its 18 percent sales gain. The 200 was the Chrysler Group’s second-best selling vehicle in February, coming in behind only the Ram pickup truck, which was the volume leader.