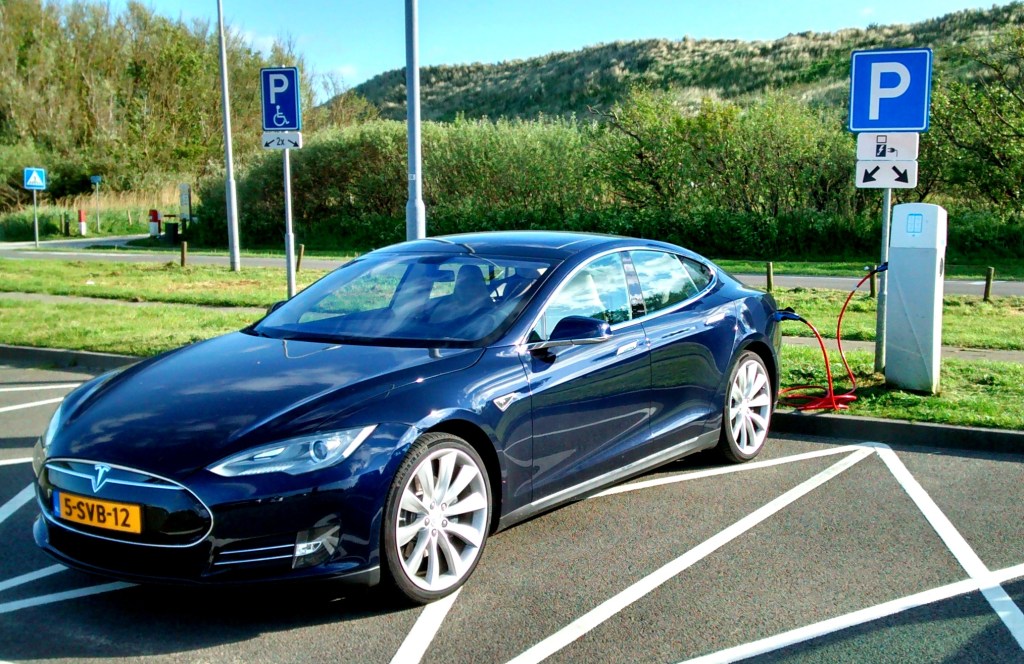 The 2015 Consumer Electronics Show happened last week. This is the show that has historically unveiled things like the Sony Walkman, the LCD video display, and the handheld video camera. If/when the backpack jetpack, the antiviral nanobot or the instantaneous matter transporter is invented, it will probably make an appearance at the CES. It’s the big show.

But was there big tech for cars at CES for 2015? Forbes.com contributor Doug Newcombe said: “Automotive technology was the only true source of innovation at this year’s CES.” Touché, Doug. Touché.

Tesla’s Panasonic-powered zapfest – Tesla cars are electric cars. Old news. But Elon Musk’s foray into the automotive world hasn’t slowed the pace of innovation in HOW these electric cars manage energy, not for a second. As of this writing, Panasonic is still supplying the auto upstart with lithium-polymer batteries for the power banks of their vehicles. However, Tesla is finding ways to not only make the vehicles more efficient, but to charge faster, hold more energy and even cost less, by building their own U.S.-based battery manufactory, aptly named the Gigafactory. Electric cars are growing up, and Tesla is right at the top.

Toyota’s serious fuel cell fixation – Your average concentration of hydrogen is hyper-flammable and, if able to be stabilized, a pretty amazingly powerful and abundant source of energy. Fuel cells represent a straightforward and widely practicable way to physically stabilize hydrogen so that it can be used to power big things, like cars. And Toyota is going for it.

The Mercedes Benz F015 Luxury in Motion concept car – This autonomous platform (really fancy language for a self-driving car) is designed to give a modern audience a concept for how they might feel in the future. This auto-bot gives people a vision of a buyable vehicle that requires no driver – though it may still accommodate one – and is still a tedium/tension-busting, pleasant and even productive travel experience.

The BMW i3 – This self-parker (that seems like just a way to acclimate buyers to the idea of a self-driving car) touts the time- and hassle-saving benefits of dispensing with the chore of parking your vehicle. The feature is an add-on that cha-chings onto your purchase contract for a paltry $1,000.

The Volkswagen Golf R Touch – Let’s be clear about what’s happening here. A major car manufacturer has put the word “Touch” in the name of the most headline-grabbing vehicle they are fielding this year. “Touch.” This means two things: 1. Touchscreens in cars are a big deal right now, and aren’t going away, and 2. Volkswagen is putting their eggs squarely in that basket. And it’s a pretty cool basket, in this author’s opinion.