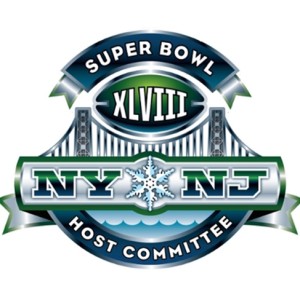 Seven automakers, including General Motors after a year’s absence, are queuing up for the Super Bowl of television advertising – Fox Sport’s broadcast of the NFL championship game, Super Bowl XLVIII, scheduled Feb. 2 at MetLife Stadium in New Jersey.

And they’re anteing up a reported $4 million for each 30-second commercial they hope will boost their brands and/or sales among the game’s anticipated 100 million viewers.

Besides General Motors, this year’s lineup includes Toyota, Volkswagen, Audi, Jaguar, Hyundai and Kia. Mercedes, Lincoln, Ram and Jeep will be missing, according to superbowl-commercials.org.

For a lot of brands, nothing compares to the domestic reach of the Super Bowl, which was viewed by an average of 108.4 million people in the U.S. last year on CBS, according to Nielsen, making it the third-most watched event in TV history (following other Super Bowls), AdAge.com reported.

Following are the seven automakers that are committed to the big game and their expected messages:

General Motors – In its return to the Super Bowl arena, GM’s Chevrolet brand has purchased time “in conjunction with the introduction of 12 cars and trucks between mid-2013 and the end of 2014,” reported autonews.com (Automotive News).

Toyota – The automaker’s commercial – which is expected to run 60 seconds, according to autonews.com – will help launch its redesigned Highlander mid-sized crossover.

Volkswagen – The automaker’s commercial, its fifth consecutive, is expected to offer a humorous take on its entire lineup, with an emphasis on the Passat, according to David Miller online at autonet.

Audi of America – The 2015 A3 will be the star of the 2014 Super Bowl commercial, the seventh consecutive year the automaker will air a spot during the sporting event, according to autoweek.com.

Hyundai – The redesigned 2015 Hyundai Genesis and the 2014 Hyundai Elantra will star in the Korean automaker’s commercials for its seventh consecutive Super Bowl, reported edmunds.com.

The flurry of high-profile activity should surprise nobody, as one advertising executive told AdAge.com:  “What sets the Super Bowl apart from everything else is that consumers go in with the expectation of wanting to hear these messages and watch the commercials.”