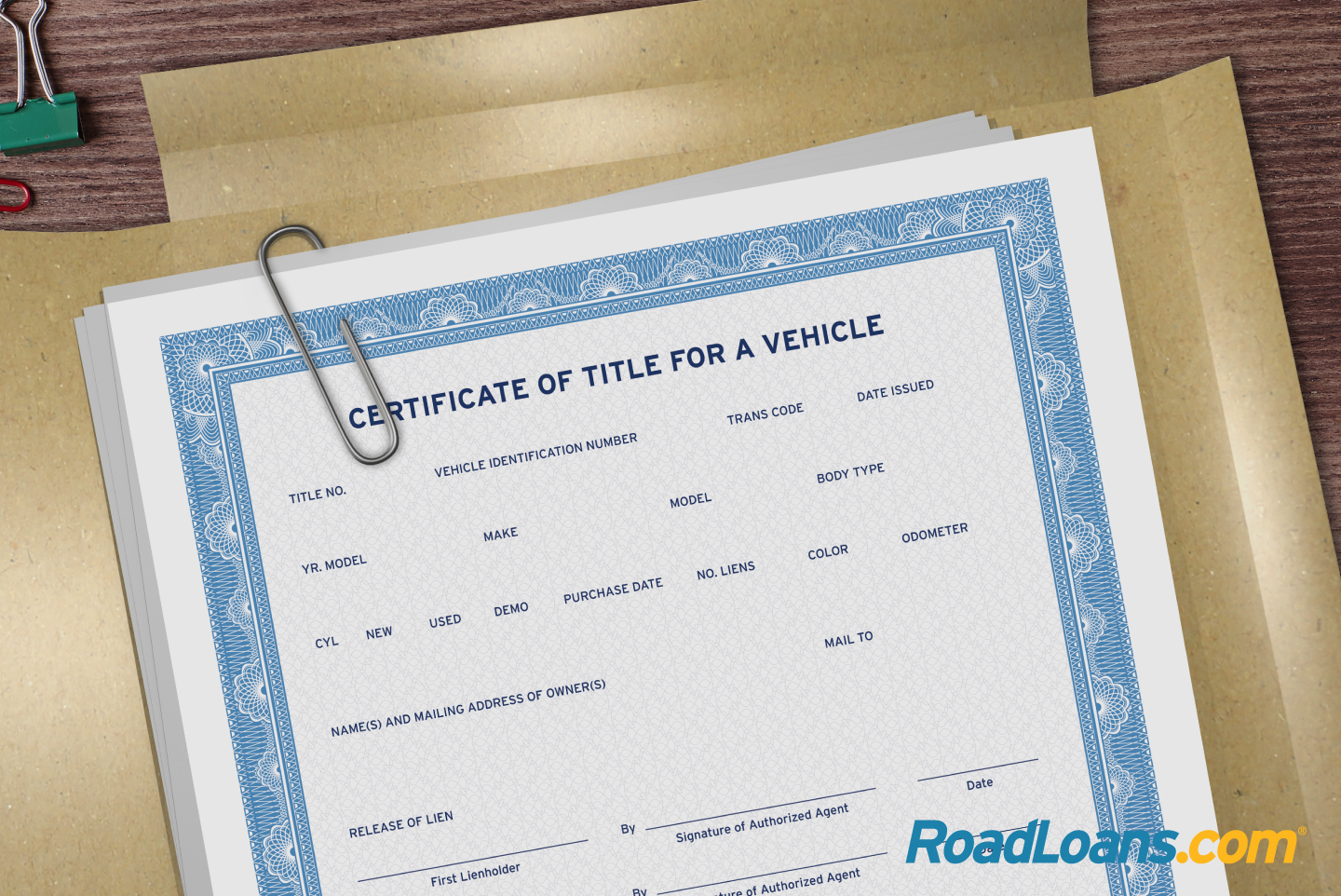 Learn about one of the basics of vehicle ownership

Car titles are one of the fundamental parts of owning a vehicle, and knowing a little about them, and what details to look out for, will help you when it comes time to buy, sell or transfer ownership.

The certificate of title

A car title is a document establishing the legal owner of a vehicle, whether a person or business, that’s issued by a state department of motor vehicles. It’s also referred to as a certificate of title or pink slip (as car titles in California were once that color).

The exact information found on a car title will vary by state but you’ll normally find at least the following details:

Besides its year, make and model, the vehicle’s model style, license plate number and motive power (whether gas, diesel, electric or hybrid-powered) may be listed, too.

This is shown based on the time of the title application and can come with the remarks “Actual” or “Not Actual.” The mileage is another detail that’s helpful to verify when purchasing a used vehicle. An odometer reading lower than the number on the title raises a red flag and the possibility that the odometer has been manipulated.

The title exists to identify the current owner, so the party to whom the vehicle is registered, and their address, will be listed in addition to any previous owner.

In many cases, a buyer will use an auto loan to purchase a vehicle. If so, the lender will be included on the car title as the lienholder; the business or person who has the legal right to the vehicle until the loan is repaid. At that point the lien is released and an updated title is sent to the owner, who now owns the vehicle outright. A title with no lien on it is called a clear title.

On the back of the certificate is the assignment of title section that enables the seller to transfer the title to the buyer. It includes notes for how to complete this part and involves a declaration and signatures from both parties. Once completed, the buyer can apply for a new title with the DMV in their own name.

Different types of car titles and what they mean for buyers

A car that hasn’t been through any major trauma, such as a bad crash or flood, will come with what’s known as a clean title. But accidents happen, and these cars can have titles with different notations, which may signal extra risks for the buyer.

If a vehicle has been severely damaged in an accident or has other significant problems, the insurance company may deem it a total loss. If that’s the case, the DMV will typically issue a salvage certificate. The car can’t be driven, sold as roadworthy or registered as it is, so the insurance company will often sell it for repair or parts.

The process varies across different states but, if a vehicle with a salvage title is repaired and passes a state safety inspection, the state can issue a new title branded to that effect; a “rebuilt” or “rebuilt salvage title.” Be cautious about cars with rebuilt titles. Unscrupulous rebuilders cut costs to make a profit, and it can be difficult to know how well a vehicle has been repaired and how roadworthy it actually is, says Consumer Reports.

A “flood title” means the car was damaged by sitting in water deep enough to fill its engine compartment. In the wake of storms, flood-damaged vehicles have been cleaned up and sold out of state without repairs, and potential buyers may not be aware such vehicles are damaged. The Federal Trade Commission recommends a number of steps to find out if a vehicle is flood damaged, including getting a vehicle history report with the vehicle’s title status.

Under state “lemon” laws, consumers have the right to a replacement vehicle or a refund from the manufacturer if their new car turns out to be faulty (often due to a warranty defect) and cannot be repaired after a certain number of attempts, in a certain timeframe. Some of these “lemon buybacks” may subsequently be offered for resale. About 36 states and the District of Columbia require automakers and dealers to disclose that the vehicle now for sale was a buyback. In some states, that disclosure means branding the car title, known as a “lemon law title.” While lemons don’t have the kind of severe problems associated with salvage cars, Consumer Reports advises it can be hard to verify the defect was corrected.

How to get a copy of a title

If your car title is lost or destroyed, you’ll need to get a replacement in order to prove ownership and sell the vehicle later. As with other parts of the title process, the way you go about getting a duplicate can vary by state but, generally, there are options to apply online, by mail or in person at a DMV office. You’ll need to provide key details about the car, the owner and any liens on the vehicle, and pay a small fee.

Where to find quality cars with clean titles

If you’re in the market for a new or used car, consider working with RoadLoans, the direct-lending platform of Santander Consumer USA. We have relationships with a national network of dealers able to show our customers select, high-quality vehicles with clean and clear titles, and that meet our standards for age, mileage and financing.

You can apply for a car loan online in just minutes and get an instant decision. If approved, we’ll recommend a local dealer within your loan documents so you can shop with confidence. RoadLoans customers can apply and go buy the very same day.