New technology in the dashboard comes at a premium when cars are sold new, but it can be an entirely different story when a used vehicle is resold after four or five years. 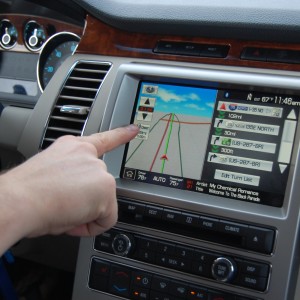 That big bright screen with the navigation system may have been top of the line in 2008, but there are newer systems today that make in-car technology in older used vehicles look positively antique.

Joe Spina, senior analyst with Edmunds.com, says that the age of the technology definitely affects the value of a car. “On a newer vehicle, technology helps the value. But generally speaking, these types of feature depreciate more than the base car itself. Navigation worth $1500 in three years may be worth $500, so it’s lost two-thirds of its value, while [a used vehicle] itself has lost 55 percent.”

But that doesn’t mean that technology should be avoided entirely – by buyer or seller.

“It doesn’t take any value away from the vehicle,” says Ricky Beggs, SVP and editorial director of Black Book. “But the value of the technology itself would be less than earlier in its life cycle.”

Navigation systems top the list of value-added features in used vehicles. The list also includes entertainment systems, premium sound systems and rearview cameras. While the technology may have lost value as it aged, its presence is still a signal to the customer that this is a luxury car.

“Certain levels of buyers expect the technology to be there and if it’s not, then they might think, ‘Oh, this is the cheap version,’” Beggs says.

Alec Gutierrez, senior analyst with Kelley Blue Book, thinks that older technology, far from threatening to hurt a car’s resale value, actually provides a slight lift. “It has to do with the needs and wants of the luxury buyer: ‘I got the fully loaded unit.’ It helps the price, but just a bit.”

As vehicles age, the type of customer looking at them shifts.

“One to three years down the line you’re looking at a CPO [Certified Pre-Owned] customer,” says Joe Spina, senior analyst with Edmunds.com. “So that is more like a new customer in terms of behavior. But you get to six years down the line and the buyer is more likely to take what is in their affordability range. They’re looking for a price point rather than features.”

The biggest threat to built-in features may be the driver’s constant companion, the mobile phone.

“The desirability of the nav has come down because of the mobile phone,” said Gutierrez.

“So much is on the mobile phone now,” said Beggs. “But it’s nice to have the nav built into the dash – especially if it’s hands-free and voice-activated.”