Maybe it’s just me, but the popularity and hype seems to grow every year.

Everywhere I turn lately, there are promotional items, billboards, advertisements, magazine covers and peanut butter cups adding to the excitement. The fact that there are entire cable networks dedicated to the topic is evidence enough for me to see the impact. 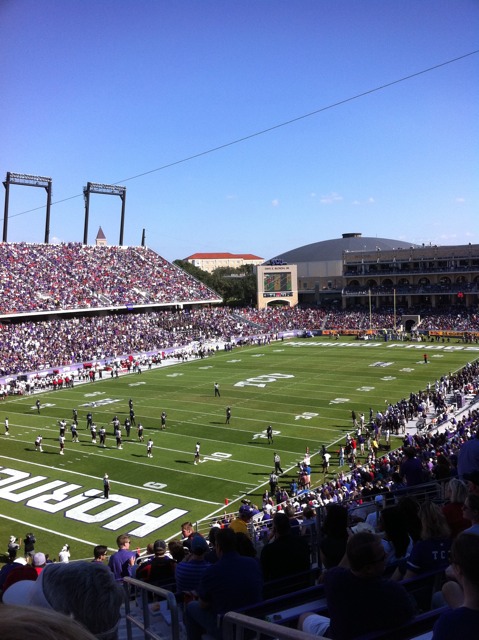 This week marks the official start of the 2015-2016 season. Big games are on the Week 1 schedule with Alabama taking on Wisconsin in AT&T Stadium, Michigan and new coach Jim Harbaugh visiting Utah, North Carolina versus South Carolina, last year’s champ Ohio State at Virginia Tech, and many more.

Numbers from last year’s inaugural College Football Playoff National Championship back the sport as trending upward with an average 33.4 million viewers taking in the game. This statistic makes the event the largest audience and highest rating (18.2 U.S. household) in cable TV history according to the National Football Foundation.

Living in Texas, I can see how deep the pride among schools like the University of Texas, Texas A&M, Baylor, TCU and Oklahoma runs. It helps that in the preseason AP Poll, many of these teams are already ranked in the Top 25. It’s not uncommon to see a “house divided” flag waving in front of a couple’s home signifying that they cheer for two different institutions, yet choose to make a fun rivalry out of it. Not to mention the way fans have turned tailgating into an art form. Some of those outside-the-stadium setups are downright impressive.

It’s true that football is big in the Lone Star State, and for me, it’s hard not to get caught up in the pageantry surrounding the season. Monday morning break room talk is often heavy on collegiate football opinions. And I have to admit that my Saturday mornings are made a little sweeter when I can turn on ESPN and watch the College GameDay presentation talking about the upcoming matchups while surrounded by hundreds of homemade-sign wielding fans.

As it happens, the aforementioned GameDay will be in Fort Worth for the opening 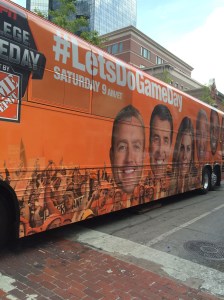 weekend and I plan on making my first trek to catch all the action live.

If anything, all this activity definitely gets me pumped up about this year’s college football games. And it all leads up to the College Football Playoff National Championship happening January 11, 2016, at University of Phoenix Stadium in Glendale, Arizona.

In the meantime, I’ll be clipping my favorite team’s mini flag to my driver’s side window, polishing my license plate border and applying a new decal to my back bumper in hopes of many victories ahead.

Okay, maybe it is just me.

Let us know which team you’re rooting for at our Facebook page: facebook.com/roadloans.