A look at recent car-buying news in the automotive press.

If you’re looking for a preowned electric or plug-in electric hybrid vehicle, bear in mind they aren’t lingering on the lot.

Six out of the top 10 quickest-selling used cars in the U.S. are now electric vehicles, research by iSeeCars.com reveals, following analysis of the sale of 2.1 million cars, aged one to three years, between January and August 2017.

The list is led by the Fiat 500e, which spent an average of just 22.2 days on the market, while the BMW i3, Toyota Plug-in Hybrid, Nissan Leaf, Ford Fusion Energi and Tesla Model S round out the half dozen.

The Lexus IS 200t, Hyundai Veloster Turbo, Scion FR-S and Mercedes-Bens GLC are the gasoline models within the top 10.

Read more of the story from business news outlet Quartz. 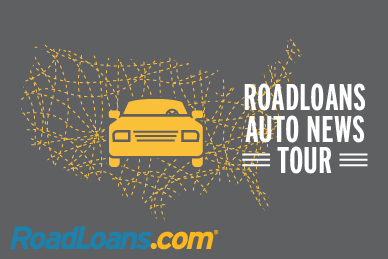 Help in finding “a good car at a good price” is at hand with Consumer Reports’ list of best new-car deals.

Updated for October, the recommendations include prices, potential savings and incentive expiration dates for a range of cars spanning eight categories from SUVs to small cars.

Should you buy new or used? Autoblog will help you decide

“There are a lot of pros and cons with both new and used cars, and a simple purchase price doesn’t tell all the story,” says Autoblog.

New cars offer many perks, such as their pristine condition, warranties, and the “latest and greatest” in infotainment and safety technology, for example.

“But depending on what you’re looking for, going used can net you a far better deal,” writes Reese Counts.

Preowned vehicles have significant plus points when it comes to factors like savings from new-car depreciation, the potential to purchase a higher-spec model for less money, lower insurance premiums and annual registration fees.