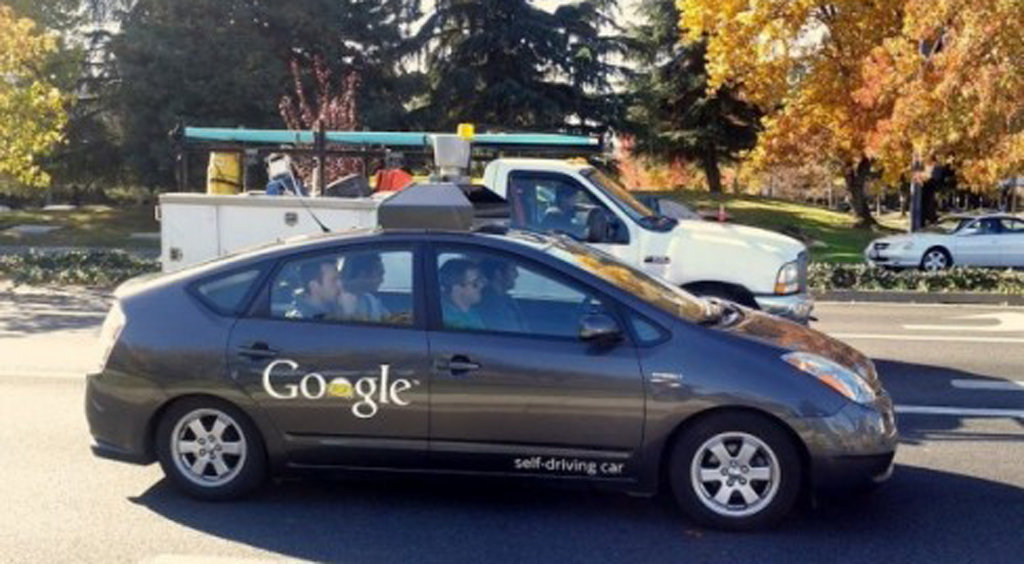 What does the world look like when almost every car on the road has its own chauffeur?

Automotive technology is big, big business. And if a company could give every car owner a robotic chauffeur, allowing them to safely (if optionally) relax as a passenger, that could have a big, big economic impact and it may affect many other aspects of our lives. So who is stepping up to the plate to make this happen? No less than the most storied and talked about tech company in the world: Google.

Google’s program may have been privately developed earlier, but it made its first public appearance when several Google engineers offered an entry in the 2005 DARPA Grand Challenge, an autonomous vehicle race.

Since then, Google’s self-driving cars, which are mostly customized from existing car models, such as the Toyota Prius, have stacked up an impressive 700,000 accident-free miles*.

The cars use powerful, on-board driving software and camera arrays that allow them to “see” and respond to driving conditions, while using a combination of existing mapping software and visual data to get the passenger safely from point A to point B.

However, Google isn’t the only company competing for the future of autonomous automobiles. California has offered up its own roadways as testing grounds, passing a law in 2012 that allows for a limited number of vehicles to be road-tested. Of the 29 permits offered, 25 were acquired by Google, two by Audi AG and two by Daimler AG.

But California is only one of the locations currently either allowing tests, or conducting pilot programs. In the near future, autonomous cars will be spotted the UK, Germany, Spain, China, Japan, Singapore and other places around the world.

And cities are already beginning to plan for the changes that driverless cars will bring, to make each development phase more efficient for drivers (or would they be considered passengers at that point?), pedestrians and everyone.

But is this technology safe?

The conventional wisdom on this question posits that the use of this new technology doesn’t have to be perfectly safe in order to be a better alternative; it simply has to be safer than a road full of human drivers. And according to Chris Urmson, of Google’s own project, the data shows that cars driven by software are much safer than those driven by humans.

This writer welcomes a takeover by robotic overlords chauffeurs, and can’t wait to use that commute time to attend to more important things, like Googling for information about how robots are going to replace humans in other areas.

* The only known accident to happen involving a Google driverless car occurred in 2011, while the driverless-capable car was being driven by a human.