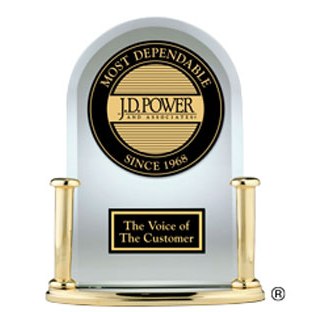 In the market for a used car?

Then J.D. Power’s 2014 Vehicle Dependability Study is for you, although the results of this year’s study suggest that 2011 model year vehicles may not be.

J.D. Power reports that increased engine and transmission problems in 2011 vehicles “contributed to a decline in vehicle dependability [on average] for the first time in more than 15 years.”

The results provide some real insight into the dependability of used-car models, especially when compared to previous years’ study results (see links below).

“Until this year, we have seen a continuous improvement in vehicle dependability,” said David Sargent, vice president of global automotive at J.D. Power. “However, some of the changes that automakers implemented for the 2011 model year have led to a noticeable increase in problems reported.”

Lexus ranks highest in vehicle dependability among all nameplates for a third consecutive year, with a substantial gap over all other brands. Lexus averaged 68 problems per 100 vehicles compared with second-ranked Mercedes-Benz at 104, then Cadillac (107), Acura (109) and Buick (112).

Following are brands and their model-segment awards:

MINI received one model-level award for the MINI Cooper.

The study grades 32 car brands and models in 21 categories from subcompacts to heavy-duty pickups.

The 2014 study, fielded between October and December 2013, was based on responses from more than 41,000 original owners of 2011 model-year vehicles after three years of ownership.

If you need fast-and-easy financing to purchase a used or new car, SUV, crossover or pickup, visit RoadLoans.com to get the process started.