Whether an anniversary, a mark of years in business, a birthday or time together as a musical group (we’re looking at you, Rolling Stones), the number 50 has some serious significance.

The National Football League will be celebrating this magnificent milestone at the end of this season as the Super Bowl is hitting its golden anniversary.

This year’s march to Super Bowl 50 at the new Levi’s Stadium in Santa Clara, California, starts Thursday, September 10, with the New England Patriots versus the Pittsburgh Steelers.

Now that the first week of college football is in the books, couch potatoes and tailgaters are turning their focus to the Patriots, Steelers and 30 other teams that will take it up a notch in Week One of the NFL season.

As always, there are as many questions as there are answers with this year’s season, but that’s what makes the sport so much fun to watch. Many people have their favorite picks and among those suggested as making it all the way to the Big Game are the Green Bay Packers, Indianapolis Colts, Seattle Seahawks, Patriots and Baltimore Ravens (according to Sports illustrated).

To get you ready for the season and the game that crowns the champion, here are a few interesting facts looking back at the first Super Bowl. 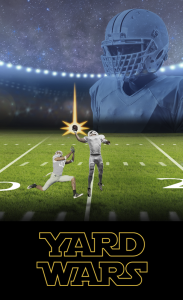 At Santander Consumer USA, we’re celebrating the pro football season with a contest for consumers. And the best part? You can join in any week. You don’t have to start on Week One, just jump in any week, make your picks before the first game of the week kicks off and play.

Check out all the details here: “Santander ‘Yard Wars’: May the football scores be with you.”