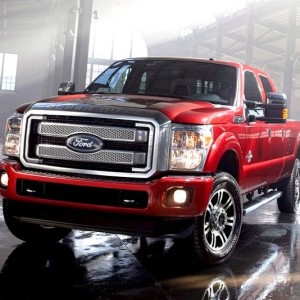 Chevrolet Silverado and Chrysler Group’s Ram pickup trucks may be the top choices of Consumer Reports (see yesterday’s blog post), but Ford, led by the F-series of trucks,  still is the sales champion, reports Automotive News.

“The autumn pickup wars have been joined, with Ford aggressively defending its segment leadership against redesigned rivals from General Motors and Chrysler Group’s Ram brand,” wrote the News’ Bradford Wernie.

Toyota and Nissan round out the top five truck makers.

The Silverado 1500 and Ram 1500 currently provide slightly more in incentives than the Ford F-150, according to data from Edmunds.com.

“In a heavy-metal duel between two top pickup trucks, the Chevrolet Silverado 1500’s ‘Excellent’ road-test score makes it Consumer Reports’ top-rated truck,” the product-testing organization said of its two top-rated trucks. But CR testers said the second-place Ram 1500 “may be a better daily driver,” we posted yesterday on The Open Road blog at RoadLoans.com.

Consumer Reports previously tested the Ford F-150 XLT, which was outscored by Ram and Silverado.