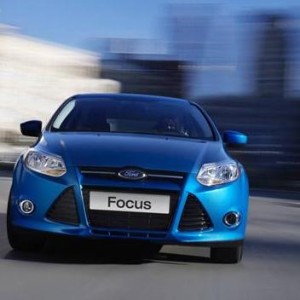 Ford Focus is officially the world’s best-selling passenger car and was one of three Fords in the top six, according to Polk global 2012 market registration data just reported. The Ford F-Series pickup came in third and Ford Fiesta finished sixth overall.

Sales of the compact Ford Focus totaled 1,020,410 new cars worldwide, the automotive data and trends forecasting leader reported. Market gains for Focus were driven by demand in China and the U.S.

Toyota Corolla finished second according to Polk, but the automaker said Polk miscalculated new car sales and that Corolla actually was the world’s No. 1, beating the Focus with 1.16 million units sold.

“Focus and Fiesta represent the culmination of our One Ford global product strategy,” said Jim Farley, Ford executive vice president, global marketing, sales and service and Lincoln. “Since its launch in China in late March of last year, Focus sales continue to strengthen, with the car now ranking as the best-selling passenger car in China in 2012 for the first time ever.”

China registrations were up 51 percent last year, with the market responsible for just more than one out of four Focus vehicles sold globally according to Polk vehicle registration data. U.S. Focus sales were up 40 percent in 2012, also contributing to the car’s global growth. The Ford Fiesta earned the top spot as the best-selling subcompact car globally, with 723,130 registrations last year.

“Our global products are resonating with consumers – especially in the best-selling, most competitive segments – with their unique combination of fuel efficiency, high quality, rich content and fun-to-drive personalities,” said Farley. “We’re able to bring … value to customers all around the world.”

[Note: The Polk report follows an Experian analysis, previously posted on The Open Road blog at RoadLoans.com, which said Ford customers demonstrated the strongest brand and corporate loyalty in the last three months of 2012, beating out other major auto manufacturers.

[The automaker dominated Experian’s brand loyalty ranking with eight vehicles total making the Top 10 (only the Kia Forte and the Chevrolet Sonic prevented Ford from sweeping the list). Besides the Fusion, Fords that made the Experian list were the Flex (58 percent loyalty to the brand), Edge (57.1), Five Hundred (53.3), Fiesta (53.2), Escape (52.8), Focus (52.1) and Taurus (49.3).]

If you need fast-and-easy financing for your next car, crossover, SUV or pickup, visit RoadLoans.com to get the process started.