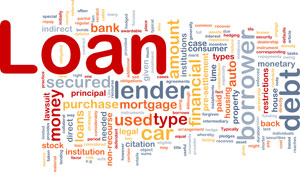 Sometimes it’s difficult to understand all of the auto loan rates terms that lenders use when they explain their lending practices. It’s good to have a handy glossary to translate all of the special words that get used in the car loan “biz.”

Term. Term is one of those terms that gets used in a couple of different ways. Sometimes it can mean all of the different variables that get factored into a loan when it’s offered — so, all of the auto loan rates terms that you see below. But usually, “term” just means the length of a loan. Sometimes this gets expressed in years, but more often it’s given in months. By listing the term in months, it’s easier to consider financing periods that are not exactly whole years (like 36 months, 48 months, and so on).

Principal. The principal is the amount you’re borrowing, the total loan amount. It generally refers to the amount left over after a down payment, so it may not be the total cost of the car, because the amount you put down on the loan obviously doesn’t get financed. The principal is the number that’s used to calculate the amount of interest you’ll be paying, which is one of the most important auto loan rates terms. Getting a better deal on the vehicle, which results in lower principal in the loan, is one of the main reasons people shop around for vehicles instead of just buying the first one they see.

Interest rate. Obviously, the lender isn’t going to give you a loan for free. They’re taking a risk and they’re putting their money out there, so they have to get something in return. Their return is the interest that you’ll pay for the service they provide. The interest rate will be specified in the auto loan rates terms, and it will vary according to your credit history, the amount you’re borrowing, and usually the amount you put down as a down payment. Finding a better interest rate is one of the major reasons people shop around for financing in the first place.

APR. This is an interest rate term, and it means “Annual Percentage Rate.” This indicates that the interest is calculated on a yearly basis, and not on a monthly basis. Obviously, the longer the term (the more years in the loan), the more interest a person will end up paying on the loan.

It doesn’t take much to figure some of these out, but they’re really important terms to know and understand. Now that you have a better idea of the different auto loan rates terms, you should be better equipped to find your financing.

Written by: Will Stacy on August 26, 2011
Category: Financing

More articles by Will Stacy